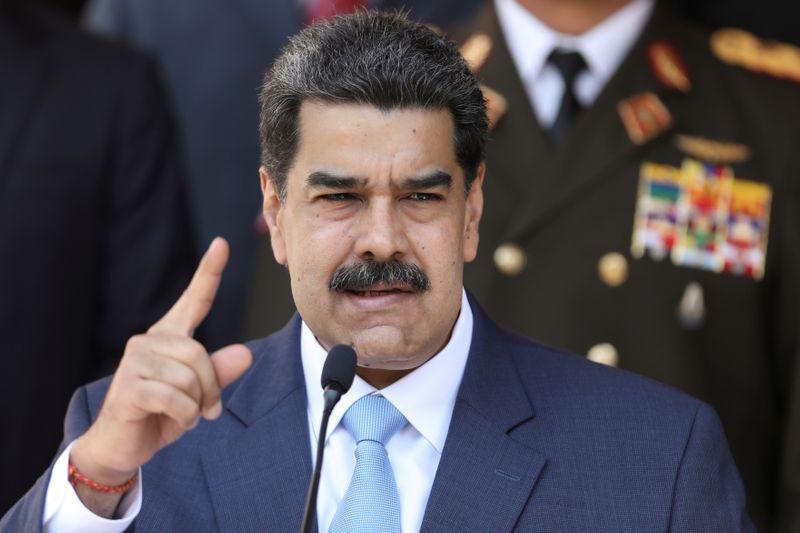 "We have made offers in the past that would allow U.S. citizens to leave, but all were rejected by Maduro and his cronies," the spokeswoman, Morgan Ortagus, said in an emailed statement, adding that Washington was looking at all options to ensure the secure return home of U.S. citizens.

She did not say how many Americans were stuck in Venezuela.

Washington has disavowed the government of Maduro and instead recognizes opposition leader Juan Guaido as Venezuela’s legitimate leader, even though Maduro remains in control of state institutions.

Venezuelan Foreign Minister Jorge Arreaza wrote on Twitter on Thursday that Caracas has offered to repatriate U.S. citizens via flights to the United States on state-owned airline Conviasa.

That proposal would be impossible under Trump administration sanctions that bar flights between the two countries and prohibit U.S. citizens from dealings with Conviasa.

U.S. diplomat James Story of the Venezuela Affairs Unit, based in neighboring Colombia, said last week that Americans were being held hostage by Maduro's government.

"I have more than 800 people who have asked for my support in helping leave the country," Story said in an interview with Venezuelan journalist Vladimir Villegas broadcast online.

He did not say how many of those were U.S. citizens. It was not immediately clear how many Americans are in Venezuela.

Countries including Spain have been allowed by Maduro's government to organize flights to repatriate their citizens.

The United States and about 60 other countries recognize Guaido and regard Maduro's 2018 re-election as a sham. But Maduro has remained in power, backed by the OPEC nation's military as well as Russia, China, Cuba and Iran.

U.S. officials say privately that Maduro's continued rule despite heavy U.S. sanctions has been a source of frustration for U.S. President Donald Trump.

(Reporting by Humeyra Pamuk and Brian Ellsworth in Caracas; Editing by Daniel Wallis)