U.S. Republicans hint at limited time for Trump to make his post-election case

By Richard Cowan WASHINGTON (Reuters) - Top Republicans in the U.S. 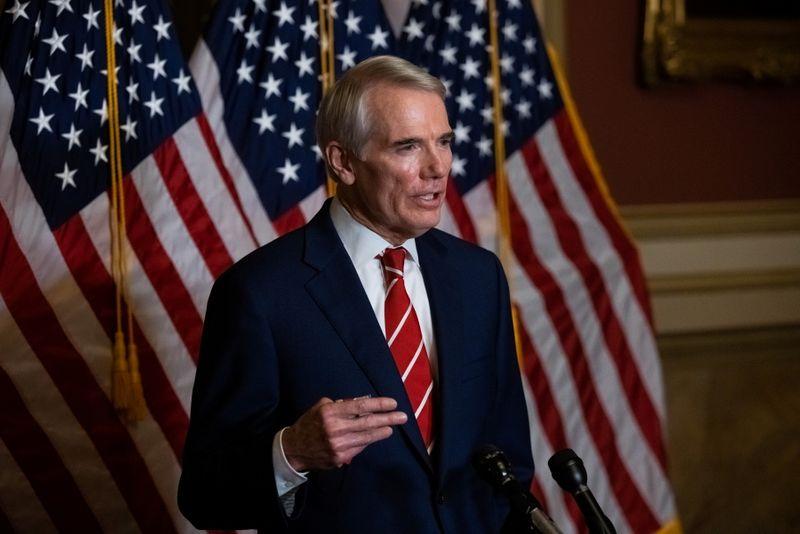 A handful of Republican senators have said they recognize Biden as last week's winner. Many more have not but are suggesting limits to their patience in giving Trump the benefit of the doubt.

Senator Rob Portman of Ohio, a state that Trump won handily last week, said in a statement that Biden is leading in enough states to win election "and President Donald Trump's campaign must produce evidence to support allegations of election fraud."

Portman added that he hoped states and courts would move "expeditiously" to resolve the matter.

Behind the scenes, some were more explicit.

"I think the goal here is to give the president and his campaign team some space to demonstrate there is real evidence to support any claims of voter fraud. If there is, then they will be litigated quickly. If not, we’ll all move on," said one senior Senate Republican aide.

A second such aide, while noting that most Republican senators support Trump's right to refuse to concede, added that failing any surprise revelations, "At some point this has to give. And I give it a week or two."

Senate Majority Leader Mitch McConnell, Congress's top Republican, delivered a stinging speech that sounded more like a continuation of 2020 campaign rhetoric than a post-election call for getting down to business.

While defending Trump's challenge of the election result, McConnell took time to chastise "far-left mobs" that engaged in "summertime rioting" following the death of George Floyd while in police custody.

McConnell also hinted at something far less than prolonged litigation, such as was seen in the 2000 contest between George W. Bush and Al Gore: "Suffice to say a few legal inquiries from the president do not exactly spell the end of the Republic."

Meanwhile, Republican Senator Marco Rubio late on Monday refused to recognize Biden as the president-elect yet.

But responding to reporters' questions about unsubstantiated fraud allegations in hotly contested states such as Pennsylvania, Rubio said he was in no position to know what was going on anywhere outside his home state of Florida.

Another matter was higher in some senators' minds -- a pair of runoff elections in Georgia on Jan. 5 that will determine whether Republicans maintain control of the Senate next year or must turn it over to Democrats.

Asked about the battle Trump is waging against Biden, Republican Senator Mike Rounds said, "No. 1, we have to focus on Georgia and how critical that is as a backstop right now for limiting the amount of major changes that a number of our Democratic colleagues have suggested."