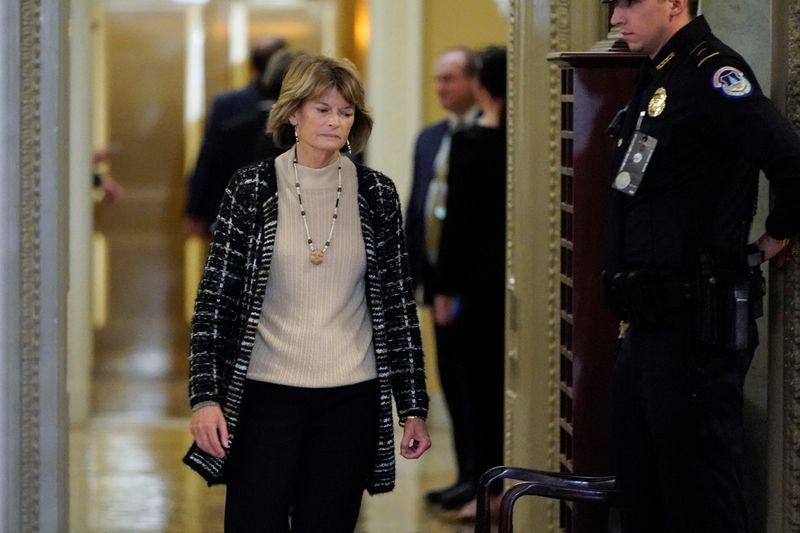 WASHINGTON (Reuters) - Moderate U.S. Republican Senator Lisa Murkowski said on Monday she is curious about what former White House national security adviser John Bolton has to say, following reports of his manuscript, and it is nearly time to consider whether senators weighing evidence in the impeachment trial need additional information.

"I stated before that I was curious as to what John Bolton might have to say ... I've also said there is an appropriate time for us to evaluate whether we need additional information —that time is almost here," Murkowski said in a statement.