WASHINGTON (Reuters) - The top Republican in the U.S. House of Representatives, Kevin McCarthy, said that there will be a peaceful transition of power after the Nov. 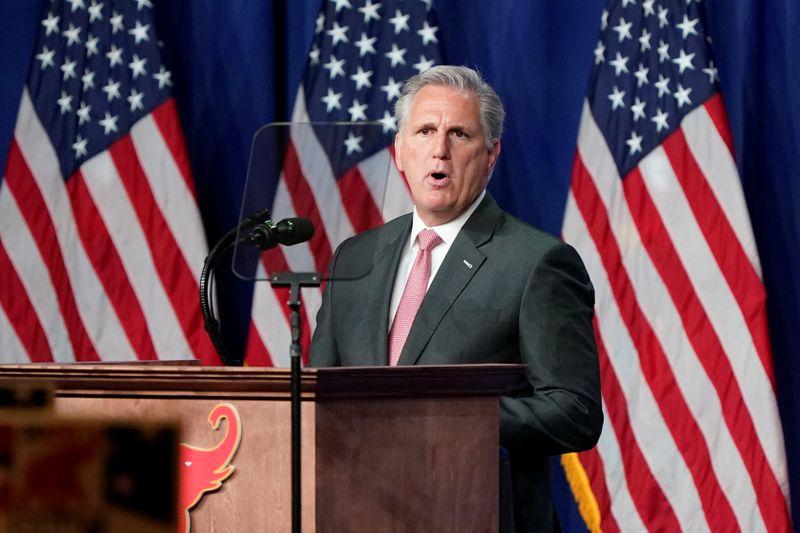 WASHINGTON (Reuters) - The top Republican in the U.S. House of Representatives, Kevin McCarthy, said that there will be a peaceful transition of power after the Nov. 3 national election, after President Donald Trump, a fellow Republican, declined to commit to an orderly transfer.

"There will be a smooth transition, and I believe President Trump will have a very good inaugural," he told reporters.