By Phil Stewart and Lesley Wroughton WASHINGTON/NEW YORK (Reuters) - The United States announced on Friday it will effectively close its consulate in the Iraqi city of Basra and relocate diplomatic personnel assigned there following increasing threats from Iran and Iran-backed militia, including rocket fire. 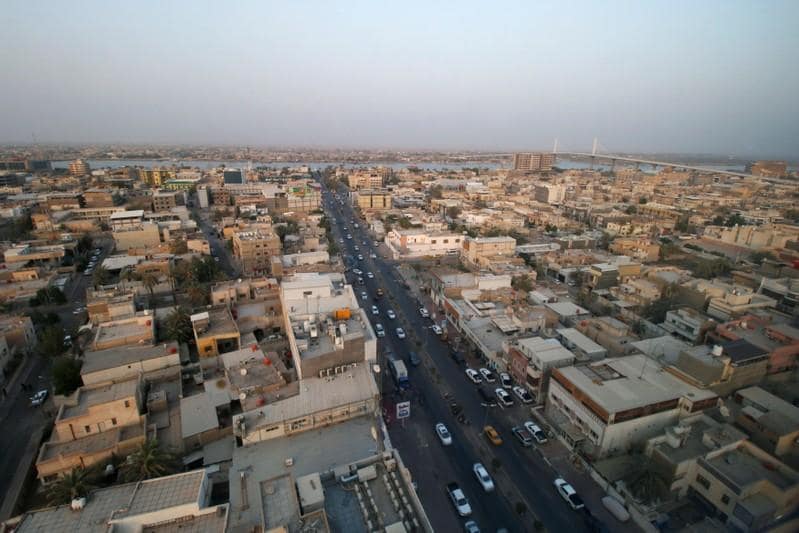 By Phil Stewart and Lesley Wroughton

WASHINGTON/NEW YORK (Reuters) - The United States announced on Friday it will effectively close its consulate in the Iraqi city of Basra and relocate diplomatic personnel assigned there following increasing threats from Iran and Iran-backed militia, including rocket fire.

The decision adds to mounting tension between the United States and Iran, which is the target of increasing U.S. economic sanctions.

In Tehran, Iranian Foreign Ministry spokesman Bahram Qasemi said the consulate closure was "unjustified and unnecessary", and said Iran condemned any attack on diplomats or diplomatic locations, according to the ministry's website.

Iraq's Foreign Ministry said it regretted the decision and urged foreign diplomats not to pay attention to "what is being circulated to undermine the climate of security and stability accompanying Iraq's relations with the countries of the world."

Iraq is committed to protecting diplomatic missions, spokesman Ahmed Mahgoub said in a statement on Saturday.

U.S. Secretary of State Mike Pompeo, as he explained the move, renewed a warning that the United States would hold Iran directly responsible for any attacks on Americans and U.S. diplomatic facilities.

It followed recent rocket attacks that Pompeo said were directed at the consulate in Basra. U.S. officials said the rockets, however, had not impacted the consulate, which is located on the Basra airport compound.

"I have made clear that Iran should understand that the United States will respond promptly and appropriately to any such attacks," Pompeo said in a statement.

Pompeo did not explicitly say whether a U.S. response was imminent, however, and other U.S. officials did not disclose potential response options.

Still, Pompeo said the threats against U.S. personnel and facilities in Iraq were "increasing and specific" and added that Washington was working with Iraqi forces and U.S. allies to address them.

"We look to all international parties interested in peace and stability in Iraq and the region to reinforce our message to Iran regarding the unacceptability of their behavior," he said.

In a statement, the U.S. State Department said the consulate was placed on "ordered departure," which technically involves a drawdown in staff. Although some personnel could remain on the diplomatic compound, the move is believed to effectively close the consulate, at least temporarily.

Trump's national security adviser, John Bolton, speaking at a nearby event in New York on Tuesday, warned "there will indeed be hell to pay" if Iran crosses the United States, its allies or harms U.S. citizens.

In May, Trump withdrew the United States from an international deal to put curbs on Iran's nuclear program in exchange for easing sanctions.

France, Britain, Germany, China and Russia have stayed in the pact, vowing to save it despite the restoration of U.S. sanctions. The rial has lost 40 percent of its value against the U.S. dollar since April.

Iran has blamed U.S. sanctions for the currency's fall, saying the measures amount to a "political, psychological and economic" war on Tehran, and accused the United States and Israel of involvement in a deadly attack at a military parade in southwestern Iran this month.

Basra has already been rocked by violent protests seen by experts as a rejection of the Iraqi political establishment that has held on to power -- with the support of the United States and Iran -- despite failing to improve people's lives there.

Protesters in Basra ransacked and torched Iraqi government buildings this month and the Iranian consulate was set alight by demonstrators shouting condemnation of what many see as Iran's sway over Iraq's affairs.