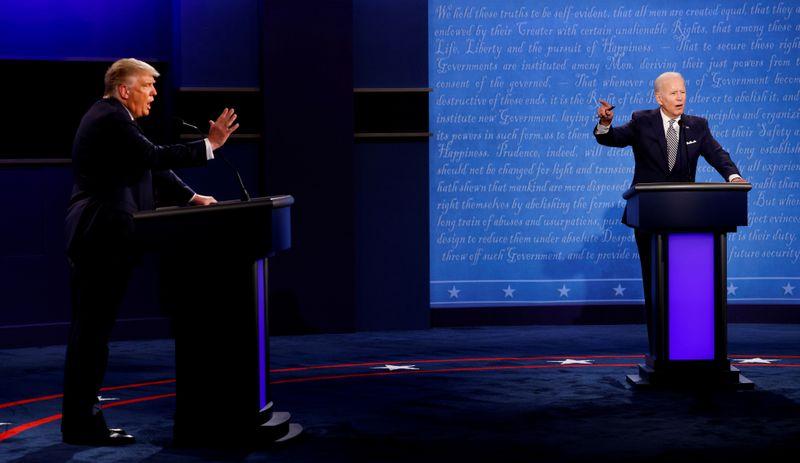 (Reuters) - The Oct. 15 presidential debate between President Donald Trump and Democratic nominee Joe Biden will not proceed, the Commission on Presidential Debates said in a statement on Friday, adding that both campaigns had announced "alternate plans for that date."

"It is now apparent there will be no debate on October 15, and the CPD will turn its attention to preparations for the final presidential debate scheduled for October 22," the commission said in an emailed statement.