By Timothy Gardner WASHINGTON (Reuters) - Lawmakers from both U.S. parties introduced legislation on Wednesday to give Congress more say in any deal on civil nuclear power cooperation between the United States and Saudi Arabia. 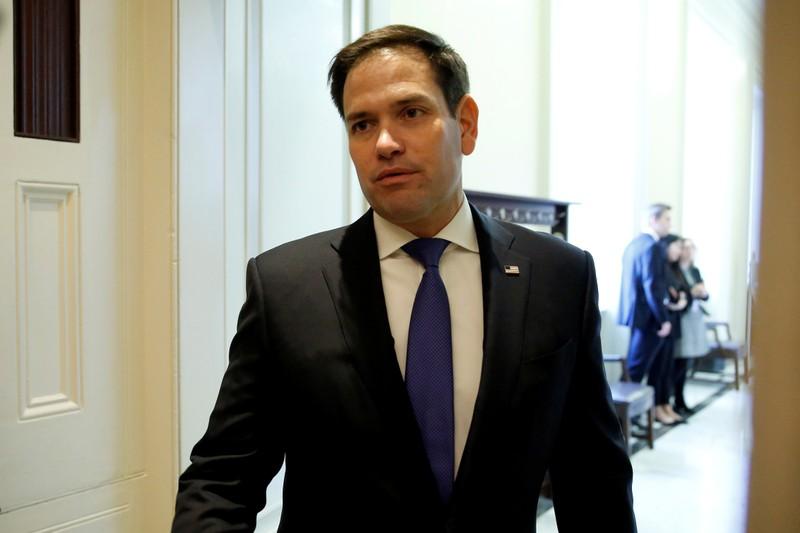 WASHINGTON (Reuters) - Lawmakers from both U.S. parties introduced legislation on Wednesday to give Congress more say in any deal on civil nuclear power cooperation between the United States and Saudi Arabia.

The Trump administration is eager to strike a deal with Saudi Arabia to share nuclear power technology with the kingdom, as the domestic industry struggles to compete with lower-priced power sources such as natural gas.

But the talks have come under scrutiny since the killing of columnist Jamal Khashoggi in the Saudi consulate in Istanbul in October.

Despite President Donald Trump’s desire to maintain close ties to Saudi Arabia, several of his fellow Republicans have joined Democrats in blaming Crown Prince Mohammed bin Salman for Khashoggi’s death. The crown prince has denied knowledge of the operation that killed Khashoggi.

The No Nuclear Weapons for Saudi Arabia Act would require the House of Representatives and the Senate to approve any so-called 123 agreement with the kingdom. Typically, such agreements go into effect unless majorities of Congress pass joint resolutions of disapproval.

It is unlikely that the legislation will pass before the end of the current Congress in January, but the bill raises scrutiny of any deal. It also calls on Saudi Arabia to release details of Khashoggi's killing before a deal is approved.

Concern about whether Saudi Arabia could use nuclear power to develop a weapons program mounted after the crown prince told CBS in an interview in March that his kingdom would develop nuclear weapons if its archrival Iran did.

"This legislation would ensure that we put key checks in place to ensure that Saudi Arabia never ends up with the U.S. technology or materials to make a nuclear bomb, and that Congress is the final say," said Senator Edward Markey, a Democrat.

Markey introduced the bill with Senator Marco Rubio, a Republican. Representatives Brad Sherman, a Democrat, and Luke Messer, a Republican, have introduced companion legislation in the House.

The talks have slowed as Saudi pushed for relaxing nonproliferation guidelines, known as the "gold standard," that could allow it to enrich uranium or reprocess fuel waste. Those processes raise concerns because they have potential to create quantities of uranium and plutonium that could be used in nuclear bombs.

Energy Secretary Rick Perry visited Saudi Arabia this month to talk about the potential deal. Perry has said he told the kingdom it is important for it to be perceived to be strong on nonproliferation.

This year, the kingdom put the United States on a short list of countries for a deal. The winner will likely be selected next year.

U.S. reactor builder Westinghouse, which and is owned by Brookfield Asset Management