By Reuters Staff WASHINGTON (Reuters) - U.S. Supreme Court Justice Ruth Bader Ginsburg, 85, has been released from the hospital after undergoing cancer surgery, a court spokeswoman said on Wednesday. 'Justice Ginsburg was discharged from the hospital yesterday and is recuperating at home,' spokeswoman Kathy Arberg said in a statement. 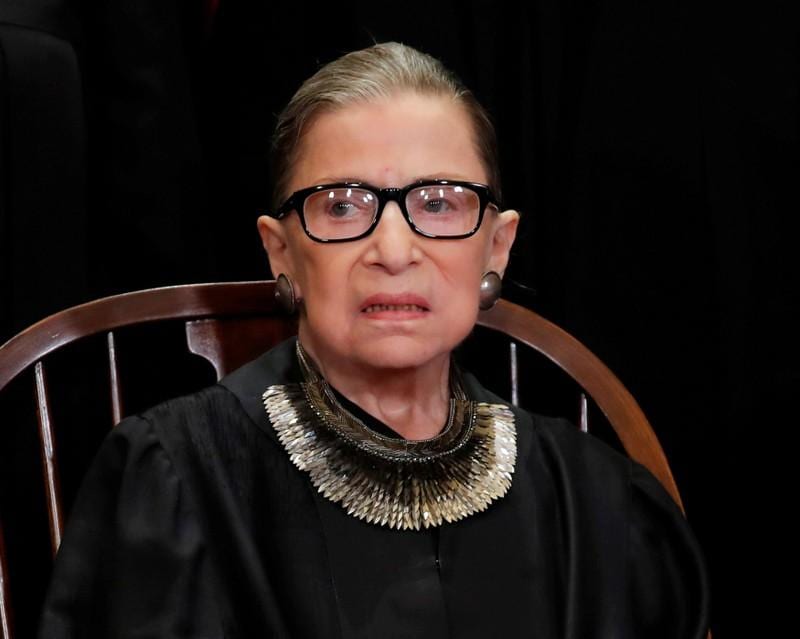 "Justice Ginsburg was discharged from the hospital yesterday and is recuperating at home," spokeswoman Kathy Arberg said in a statement.

There was no evidence of any remaining disease after the removal of the two nodules, both of which were found to be cancerous, Arberg said on Friday, citing the thoracic surgeon, Dr. Valerie Rusch. No further treatment was planned, she said.

Ginsburg, one of the court's nine justices, broke three ribs in a fall last month. The nodules were found as part of the tests the justice underwent after the fall, Arberg said.

As the oldest justice, Ginsburg is closely watched for any signs of deteriorating health. Ginsburg, appointed by Democratic President Bill Clinton in 1993, also is the senior liberal member of the court, which has a 5-4 conservative majority.

If she were unable to continue serving, Republican President Donald Trump could replace her with a conservative, further shifting the court to the right. Trump already has put two conservatives on the court since becoming president in January 2017 and a potentially dominant 6-3 conservative majority would have major consequences for issues including abortion, the death penalty, voting rights, gay rights and religious liberty.

Ginsburg has recovered from previous medical issues. She was treated in 1999 for colon cancer and again in 2009 for pancreatic cancer but did not miss any argument sessions either time. In 2014, doctors placed a stent in her right coronary artery to improve blood flow after she reported discomfort following routine exercise. She was released from a hospital the next day.

The justices are scheduled to hear their next round of arguments on Jan. 7.

In recent years she has become something of a cult figure for liberals and known by the nickname "Notorious RBG," after the late rapper Notorious BIG.

A documentary film, "RBG," was released earlier this year and a feature film about her life, "On the Basis of Sex," made its debut in theatres this week.