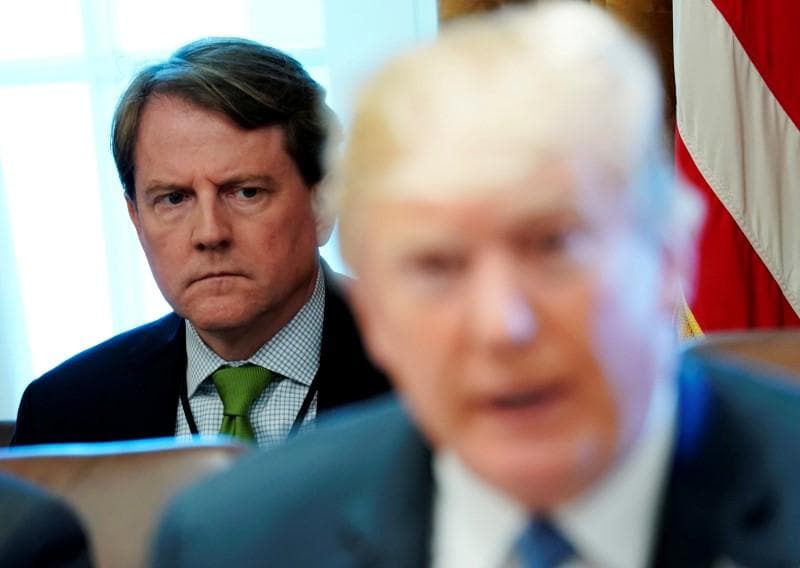 The legal opinion by the Justice Department was released one day before McGahn had been due to appear before the Democratically controlled House panel by order of a subpoena to discuss matters outlined in Special Counsel Robert Mueller's Russia investigative report.

"Congress may not constitutionally compel the president's senior advisers to testify about their official duties," the opinion said, citing the Constitution's separation of powers provisions.