By Brendan Pierson (Reuters) - The judge presiding over the U.S. trial of Joaquin 'El Chapo' Guzman on Thursday rejected an accusation by prosecutors that one of Guzman's lawyers had facilitated unauthorised contact between the accused Mexican drug lord and his wife, Emma Coronel. Prosecutors made the claim in a filing late last month after a court security officer saw Coronel using a cell phone in the Brooklyn courtroom where her husband is on trial 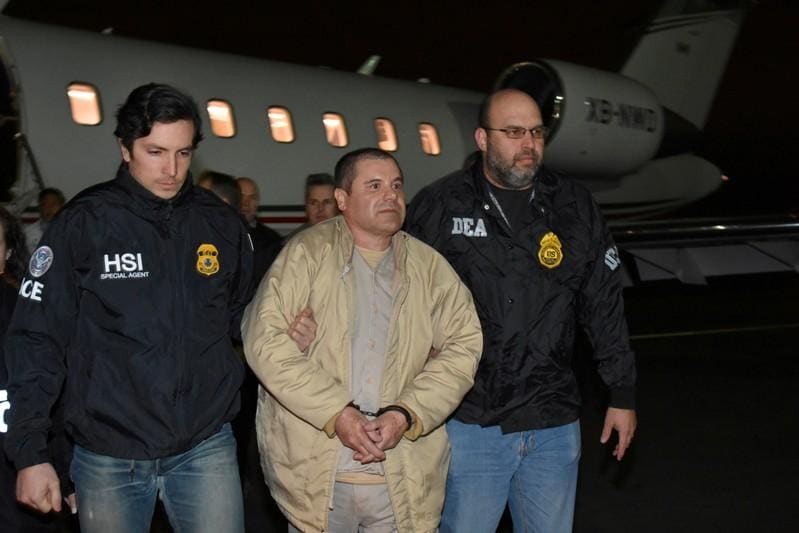 (Reuters) - The judge presiding over the U.S. trial of Joaquin "El Chapo" Guzman on Thursday rejected an accusation by prosecutors that one of Guzman's lawyers had facilitated unauthorised contact between the accused Mexican drug lord and his wife, Emma Coronel.

Prosecutors made the claim in a filing late last month after a court security officer saw Coronel using a cell phone in the Brooklyn courtroom where her husband is on trial. Only lawyers are allowed cell phones in the courtroom.

Because the filing was heavily redacted, it was not clear at the time which lawyer the prosecutors were accusing, or what evidence they had.

U.S. District Judge Brian Cogan revealed in an order on Thursday that prosecutors believed lawyer Mariel Colon had given the phone to Coronel so she could communicate with Guzman. They pointed to court security footage showing Coronel talking on a cell phone in the courthouse while Colon was alone with Guzman in the defence team's conference room, and the two women leaving the courthouse together soon after, according to Cogan's order.

Special security measures bar Guzman, who twice escaped from prison in Mexico, from communicating with his wife. The measures are so strict that he was not even allowed a brief hug at the beginning of the trial.

Cogan said the footage was "more consistent with a coincidence than with a scheme by defence counsel." Nonetheless, he said he believed Colon had given Coronel a phone, in violation of court rules, and barred Colon from bringing a phone into the courthouse in the future.

The order comes near the end of the sixth week of the trial, which is expected to last up to four months. Jurors have already heard days of testimony from former associates of Guzman who are now cooperating with the prosecutors.

The often dramatic testimony has included stories of multi-ton drug shipments by air, sea and through tunnels, deadly wars between rival cartels and brazen corruption of Mexican public officials.

Guzman was extradited to the United States in January 2017 on charges of trafficking massive quantities of cocaine and other drugs into the United States as leader of the Sinaloa Cartel. His lawyers have said he was set up as a scapegoat by another drug lord, Ismael "El Mayo" Zambada, who also faces U.S. charges but remains at large.