By Jonathan Allen (Reuters) - A federal judge in Washington blocked what would be the second federal execution in 17 years early on Wednesday, hours before it was due to take place, though her orders may yet be reversed as the U.S. Department of Justice challenges them in higher courts. The Justice Department had planned to execute Wesley Purkey, who had been convicted of raping and murdering a 16-year-old girl, at 4 p.m 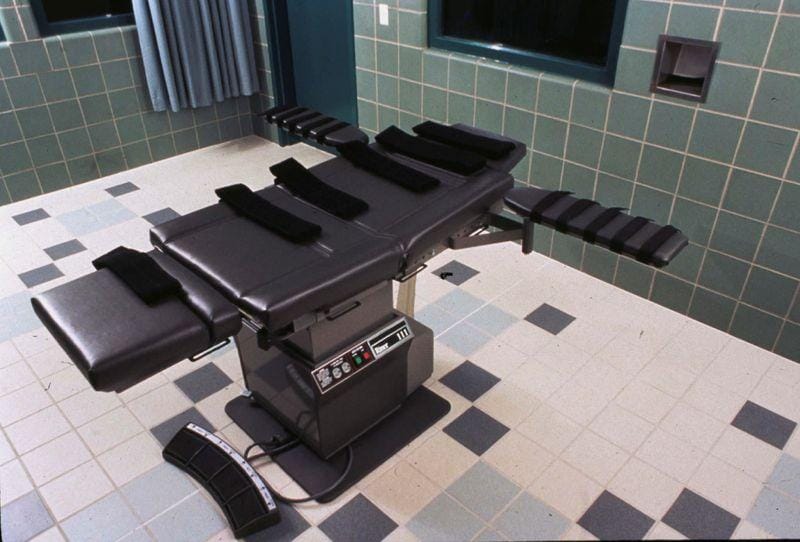 (Reuters) - A federal judge in Washington blocked what would be the second federal execution in 17 years early on Wednesday, hours before it was due to take place, though her orders may yet be reversed as the U.S. Department of Justice challenges them in higher courts.

The Justice Department had planned to execute Wesley Purkey, who had been convicted of raping and murdering a 16-year-old girl, at 4 p.m. EDT (2000 GMT) despite objections by Purkey's lawyers that he has dementia and no longer understands his punishment.

Early on Wednesday, U.S. District Court Judge Tanya Chutkan in Washington issued two injunctions to allow various legal challenges by some of the 61 inmates on federal death row to continue.

One of the injunctions also prevents the federal government from executing two other men convicted of murdering children: Dustin Honken is scheduled to be put to death on Friday and Keith Nelson on Aug. 28.

In issuing the broader injunction, Chutkan said the condemned men were likely to prevail in their argument that the Justice Department's use of pentobarbital in lethal injections breaches the Food, Drug and Cosmetic Act, which governs drug safety.

The Justice Department has argued that drug-safety laws do not apply when a drug is intended for use in an execution.

It is the third time Chutkan has issued an injunction delaying executions in the litigation over the legality of the Justice Department's new one-drug protocol, which replaces the previous three-drug protocol it last used in 2003.

The first injunction was overturned by an appeals court in April.

The second, issued on Monday ahead of the scheduled execution of Daniel Lee, a convicted murderer and one of the plaintiffs in the litigation challenging the new execution protocol, was overturned by the Supreme Court at about 2 a.m. (0600 GMT) on Tuesday. Lee was executed a few hours later, the first federal execution in 17 years.

On Wednesday, Lee's lawyers asked Chutkan to order the Vigo County Coroner's Office in Indiana to preserve Lee's body as evidence for his surviving plaintiffs in their continuing litigation. They asked the judge to order the coroner to conduct an autopsy looking for any signs that he may have suffered during his death.

In the second injunction issued on Wednesday, which applies only to Purkey, Chutkan agreed with Purkey's lawyers that his mental illness, including Alzheimer's disease, means he no longer understands why he is being executed and should be afforded a so-called "competency hearing."

The Supreme Court has previously ruled it is "abhorrent" and unconstitutional to execute someone whose mental illness prevents them from comprehending their punishment.

The Justice Department is appealing the injunctions.

Purkey, 68, was convicted in 2003 in Missouri. He dumped his victim's dismembered and burned remains in a septic pond.