By Mark Hosenball LONDON (Reuters) - U.S. investigators pursuing a long-running criminal investigation into WikiLeaks and its founder Julian Assange have dug into the website's activities going back years, people who have been in contact with witnesses in the case say. 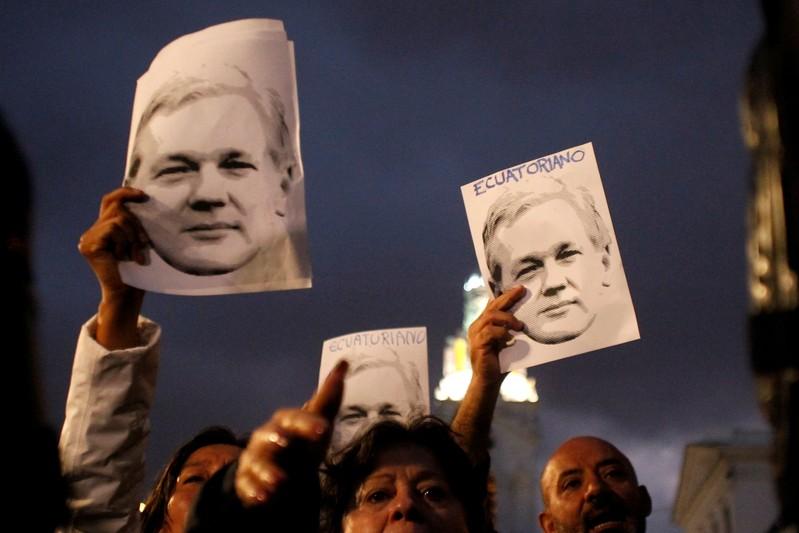 LONDON (Reuters) - U.S. investigators pursuing a long-running criminal investigation into WikiLeaks and its founder Julian Assange have dug into the website's activities going back years, people who have been in contact with witnesses in the case say.

American investigators are gathering information and pursuing witnesses involved in both recent WikiLeaks disclosures and the website's large-scale postings of U.S. military and diplomatic messages over several years from 2010.

Officially, U.S. authorities have issued no public comments about the status of Wikileaks-related investigations.

But a document which U.S. authorities said was mistakenly filed in open court in an unrelated case last November alluded to a sealed U.S. criminal complaint against Assange, though the document does not provide specifics regarding which laws U.S. prosecutors believe Assange violated.

U.S. prosecutors have not officially confirmed an Assange indictment but the existence of secret charges against him also has not been explicitly denied.

A spokesman for the U.S. prosecutors office in Alexandria, Virginia declined to comment.

A source who met Assange inside the Ecuadorean Embassy said that the WikiLeaks founder believes that among the subjects upon which he suspects an American indictment would be based would be WikiLeaks' publication in March 2017 of a trove of hacking tools developed by the U.S. Central Intelligence Agency (CIA), which WikiLeaks called "Vault 7".

Another source in regular contact with Assange said U.S. investigators have been pursuing potential witnesses connected to earlier WikiLeaks disclosures, including the website's publication in 2010 of hundreds of thousands of U.S. military reports related to the Afghan and Iraq wars and U.S. diplomatic cables.

A former U.S. Army soldier, Chelsea Manning, was charged and convicted for leaking the reports and cables to WikiLeaks but was released from a lengthy prison term after her sentence was commuted by U.S. President Barack Obama.

Obama Administration officials said that the former president's administration decided not to prosecute WikiLeaks because its activities were too similar to those of the media, whose activities are protected by the First Amendment to the U.S. Constitution.

However, even though candidate Donald Trump praised WikiLeaks during the 2016 U.S. presidential campaign for making public documents hacked from the Democratic Party and aides to his rival Hillary Clinton, top Trump presidential aides have expressed deep hostility to WikiLeaks.

Ecuador's new president, Lenin Moreno, has expressed an interest in dislodging Assange from his country's London Embassy, where he has taken refuge since 2012. But British government sources said U.K. officials presently had no reason to believe an Ecuadorean move to throw Assange out of the London Embassy is imminent.

An Ecuadorean Embassy official in London said the Embassy had no comment.