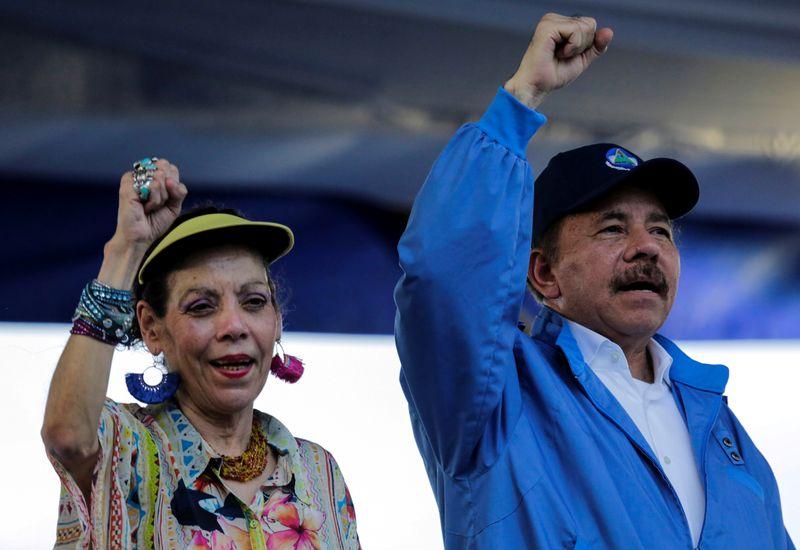 The Trump administration has criticized Nicaragua's government for the concentration of power in the hands of the president and his wife, Vice President Rosario Murillo, who is already subject to U.S. sanctions along with other Nicaraguan officials.

In addition to accusing the government of monopolizing power, the Trump administration has criticized it for a crackdown on anti-government protests and accused it of human rights abuses, unlawful killings, arbitrary detentions, political persecution and widespread corruption.

Washington on Thursday also blacklisted two of Rafael Ortega's companies that it said he used to launder money for and finance the Ortega government, as well as a third company owned by the family, Treasury said in a statement.

The latest sanctions freeze any U.S. assets of Rafael Ortega and the targeted companies and bar Americans from doing business with them.

"Rafael Ortega is the key money manager behind the Ortega family's illicit financial schemes. Treasury is targeting Rafael and the companies he owns and uses to launder money to prop up the Ortega regime at the expense of the Nicaraguan people," Treasury Secretary Steven Mnuchin said in the department's statement.

The Nicaraguan Embassy in Washington did not answer the phone and did not immediately reply to an emailed request for comment.

The Treasury Department said Rafael Ortega was targeted under an executive order for providing support to Murillo, who was blacklisted last year.

A chain of gas stations, Distribuidor Nicaraguense de Petroleo S.A., owned by Rafael Ortega as well as by Murillo, was also blacklisted.

Treasury said the company, bought with public money before being transferred to the Ortega family, had benefited from non-competitive contracts with the government.

The Nicaraguan government has called previous U.S. sanctions on officials a continuation of "imperial" designs on the small Central American country.