By Arshad Mohammed and Humeyra Pamuk WASHINGTON (Reuters) - The United States on Monday slapped new sanctions on the Iranian defense ministry and others involved in Iran's nuclear and weapons program to support its assertion that all U.N. sanctions against Tehran are now restored, a move disputed by key European allies as well as U.S. adversaries such as Russia and China. 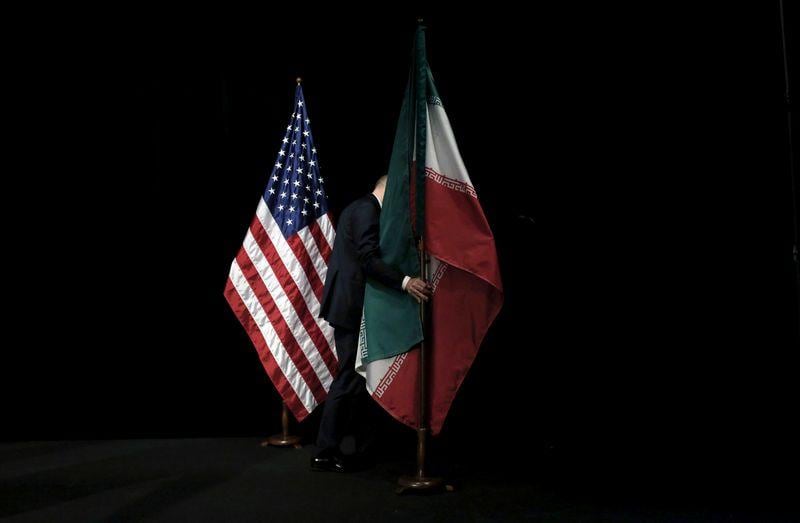 By Arshad Mohammed and Humeyra Pamuk

WASHINGTON (Reuters) - The United States on Monday slapped new sanctions on the Iranian defense ministry and others involved in Iran's nuclear and weapons program to support its assertion that all U.N. sanctions against Tehran are now restored, a move disputed by key European allies as well as U.S. adversaries such as Russia and China.

The latest sanctions include a new executive order signed by Trump targeting those who buy or sell Iran conventional arms that was previously reported by Reuters.

Acting under that order, the United States said it had imposed penalties on Iran's Ministry of Defense and Armed Forces Logistics, Iran's Defense Industries Organization and its Director, Mehrdad Akhlaghi-Ketabchi.

The impetus behind the U.S. action is the impending expiry of a U.N. arms embargo on Iran and a desire to warn foreign actors - U.S. entities are already barred from such trade - that if they buy or sell arms to Iran they will face U.S. sanctions.

Under the 2015 nuclear deal that Iran struck with six major powers - Britain, China, France, Germany, Russia and the United States - the U.N. conventional arms embargo is to set to expire on Oct. 18, shortly before the Nov. 3 U.S. election.

"No matter who you are, if you violate the U.N. arms embargo on Iran, you risk sanctions," Pompeo told a news conference with Treasury Secretary Steven Mnuchin, Defense Secretary Mark Esper, Secretary of Commerce Wilbur Ross and Robert O'Brien, the national security adviser.

The United States says it has triggered a "snap back," or resumption, of virtually all U.N. sanctions on Iran, including the arms embargo, to come into effect at 8 p.m. on Saturday (0000 GMT Sunday).

Other parties to the nuclear deal and most U.N. Security Council members have said they do not believe the United States has the right to reimpose the U.N. sanctions and that the U.S. move has no legal effect.

Despite this opposition, Pompeo said the United States was not isolated.

"The country that's isolated today is not the United States but rather Iran," he said.

The Trump administration has previously imposed sanctions on Maduro, Venezuela’s socialist leader, a rare action against a foreign head of state, accusing him of undermining democracy in the South American country.

Washington and dozens of other countries back opposition leader Juan Guaido as Venezuela’s legitimate president. But U.S. officials have said privately that Maduro’s continued grip on power – backed by the military as well as Russia, China, Cuba and Iran – has been a source of frustration for Trump.

"For nearly two years, corrupt officials in Tehran have worked with the illegitimate regime in Venezuela to flout the U.N. arms embargo," Pompeo said, providing no specifics.