U.S. immigration arrests fall under Trump as resources shift to the border

By Mica Rosenberg (Reuters) - U.S. immigration arrests fell under President Donald Trump at the end of 2018 compared to the same period a year earlier, a drop authorities attributed to a growing need to deal with 'alarming rates' of migrant families at the border. 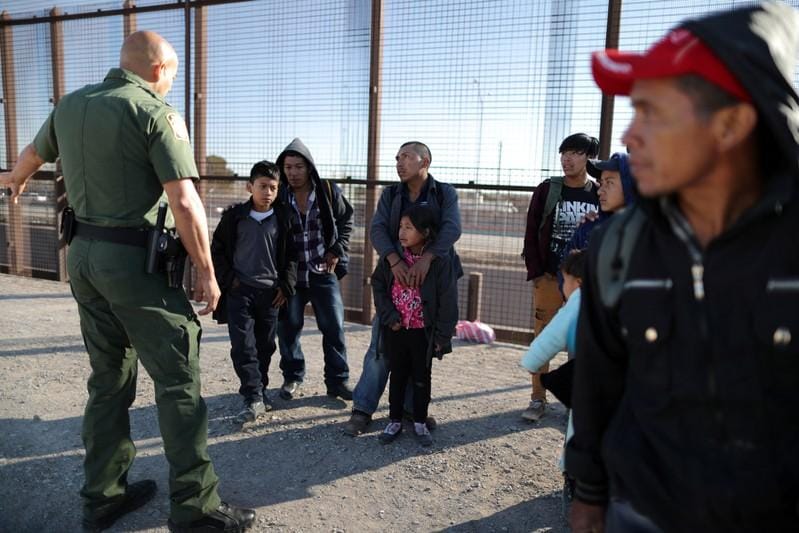 (Reuters) - U.S. immigration arrests fell under President Donald Trump at the end of 2018 compared to the same period a year earlier, a drop authorities attributed to a growing need to deal with "alarming rates" of migrant families at the border.

U.S. Immigration and Customs Enforcement (ICE) officials said on Thursday that enforcement resources were stretched thin in the interior of the country as agents deal with an overflow of Central Americans seeking asylum at the U.S.-Mexico border.

Immigration authorities said the agency arrested 34,546 people living in the country illegally in October through December of last year - the first quarter of the 2019 fiscal year. That was a 12 percent drop from the 39,328 people arrested during the same period a year earlier.

"Our interior arrests have been affected because I have had to redirect" resources to address the "alarming rate" of arrivals at the border, said Nathalie Asher, executive associate director of ICE's enforcement and removal operations, on a conference call with reporters.

Deportations rose slightly at the end of 2018 compared to the same period the previous year, but remained well below highs during the first term of President Barack Obama. Removals during the Trump administration so far have been around the same as levels seen during Obama's second term, statistics complied by Reuters show.

(For a graphic of immigration data over time, see https://tmsnrt.rs/2Ohsa8s)

Asher said the agency had to shift priorities to the border, in part because families come with minor children who can only be detained for limited periods.

ICE has been processing and releasing families en masse in U.S. border towns for them to pursue claims for asylum in U.S. immigration courts.

Those cases can drag on for years due to growing court backlogs, and while the proceedings are ongoing the migrants are shielded from deportation.

In an attempt to try to curb the migrant flow, the Trump administration has implemented a controversial policy of sending some asylum seekers back to Mexico to wait out their court hearings, with more than 200 have been send back so far. Rights groups are challenging the policy in U.S. District Court in San Francisco and a hearing was due to be held there on Friday.

Trump won the presidency on a platform of ramping up immigration enforcement and building a wall along the U.S.-Mexico border and has fought Congress to declare a national emergency to get the funding for his signature campaign promise.

But historical data shows the Trump administration so far has been arresting and deporting fewer people than Obama's first years in office. Facing criticism, the Obama administration later shifted policy to prioritise enforcement against people with serious criminal backgrounds, as opposed to others seen as posing little security risk like parents of U.S. citizen children.

In the 2018 fiscal year, ICE arrested 158,581 people, including convicted criminals and people with civil immigration violations or pending criminal charges. That is about 40 percent less than overall arrests in 2010. Deportations were also higher during Obama's first term.