By Patricia Zengerle and David Morgan WASHINGTON (Reuters) - The U.S. House of Representatives will launch a formal impeachment inquiry into U.S. President Donald Trump over reports he sought foreign help to smear a political rival, setting up a dramatic clash between Congress and the White House that has spilled into the 2020 presidential campaign. 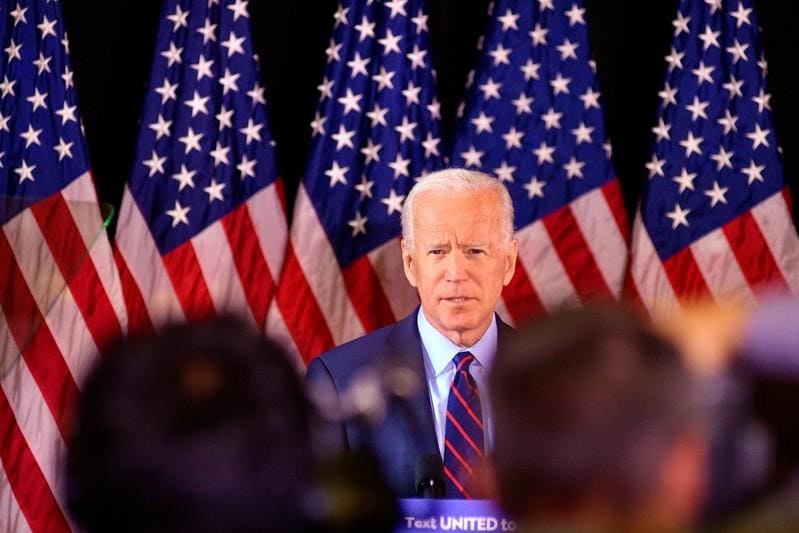 WASHINGTON (Reuters) - The U.S. House of Representatives will launch a formal impeachment inquiry into U.S. President Donald Trump over reports he sought foreign help to smear a political rival, setting up a dramatic clash between Congress and the White House that has spilled into the 2020 presidential campaign.

House Speaker Nancy Pelosi announced the inquiry on Tuesday after a closed-door meeting with Democratic lawmakers, saying Trump's actions appeared to have undermined national security and violated the U.S. Constitution.

"The president must be held accountable. No one is above the law," said Pelosi, who for months had been reluctant to embrace an impeachment effort.

Trump promised on Tuesday to release a transcript of his phone call. He has acknowledged he discussed Biden in the call, but denied he withheld nearly $400 million in U.S. aid to Ukraine as leverage to get Zelenskiy to launch a probe that would damage Biden, who leads opinion polls in the Democratic race to face Trump in the November 2020 election.

Pelosi said the six congressional committees currently investigating Trump would continue with their probes as part of the inquiry.

"The actions of the Trump presidency revealed a dishonourable fact of the president's betrayal of his oath of office, betrayal of our national security and betrayal of the integrity of our elections," Pelosi said.

The impeachment inquiry could eventually lead to Trump's removal from office. But even if the Democratic-controlled House voted to impeach Trump, the Republican-controlled Senate would have to take the next step of removing him from office after a trial.

It will be the first impeachment inquiry in Congress since the 1998 probe of President Bill Clinton for perjury and obstruction of justice in relation to his affair with White House intern Monica Lewinsky.

The House voted to impeach Clinton in December 1998, but the Democratic president was acquitted two months later by the Senate and remained in office.

Biden said he would back impeachment if the president did not fully comply with congressional investigations.

'THIS WILL LAST FOREVER'

"If we allow a president to get away with shredding the Constitution, that will last forever," Biden told reporters in Wilmington, in his home state of Delaware.

"The House must impeach," Warren, the first major contender to call for impeachment following former Special Counsel Robert Mueller's report into Russian interference in the 2016 election, wrote on Twitter on Tuesday.

Trump, who has withstood repeated scandals since taking office in January 2017, said a "complete, fully declassified and unredacted" transcript of the July 25 call would be released on Wednesday.

Democrats are also seeking the original complaint about Trump's call, filed by a whistleblower within the U.S. intelligence community, as well as information on deliberations over the Ukrainian aid.

House Intelligence Committee Chairman Adam Schiff said his panel was communicating with an attorney representing the whistleblower and that the individual would like to testify this week.

The U.S. Senate approved a resolution on Tuesday calling on the Ukraine whistleblower complaint to be submitted to the Senate and House Intelligence committees. Trump administration officials so far have refused to let the complaint be submitted.

"I cannot imagine any legitimate or straight-faced reason" to object to the legislation, Senate Democratic leader Chuck Schumer said, arguing the only reason would be "to protect the president from accountability."

The House will vote on a similar resolution on Wednesday.

Trump said the transcript would show the Ukraine call was "totally appropriate," that he had not pressured Zelenskiy to investigate Biden and that there had been no "quid pro quo" for U.S. aid in exchange for a probe. Quid pro quo is a Latin phrase meaning a favour that is exchanged for a favour.

Trump has produced no evidence of wrongdoing by Biden or his son.

"When you see the readout of the call, which I assume you'll see at some point, you'll understand. That call was perfect. It couldn't have been nicer," Trump told reporters at the United Nations General Assembly in New York.

Trump indicated there was nothing sinister about withholding the aid to Ukraine but he wanted Europe and not just the United States to step up and provide Ukraine assistance.

The money was later released by the Trump administration. Trump told reporters he had wanted the money for Ukraine frozen, but changed his mind after "people called me."

(Reporting by Patricia Zengerle and David Morgan in Washington; Additional reporting by Steve Holland at the United Nations; Writing by Will Dunham and John Whitesides; Editing by Alistair Bell and Peter Cooney)