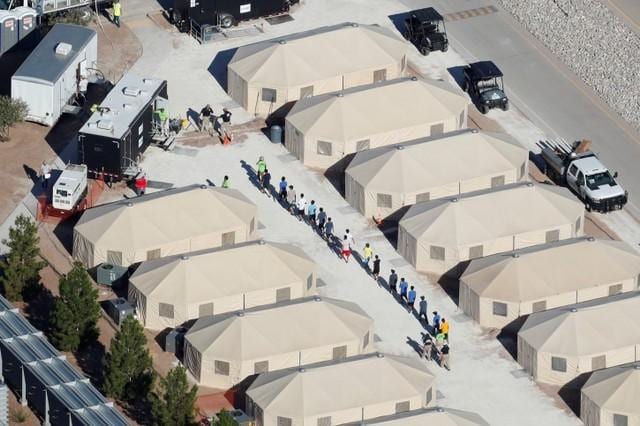 By Richard Cowan and Jonathan Stempel

WASHINGTON/NEW YORK (Reuters) - The U.S. House of Representatives rejected a broad "compromise" immigration bill on Wednesday, as expected, that would have addressed the crisis of families being separated at the U.S.-Mexico border.

The House could still vote as early as this week on a narrower measure that is still being developed and that would focus specifically on the family separations issue.

On a 121-301 vote, the Republican-controlled House rejected a bill that addressed the family separations, but also gave long-term protections to young "Dreamer" immigrants brought into the country years ago illegally as children, and provided funding for President Donald Trump's proposed U.S.-Mexico border wall.

Trump has demanded that Congress resolve the family separations with legislation, amid an uproar at home and abroad over the separation of more than 2,300 children from their parents that resulted from his administration's policy of "zero tolerance" toward illegal immigration.

Late on Tuesday, U.S. District Judge Dana Sabraw in San Diego blocked the administration from separating families at the border, and ordered that those who were separated be reunited within 30 days.

A Justice Department spokesman declined to comment on whether the administration would appeal. But he said the decision "makes it even more imperative that Congress finally act to give federal law enforcement the ability to simultaneously enforce the law and keep families together."

The separations occurred after the administration began seeking to prosecute all adults crossing the border without authorization, including those traveling with children, from early May.

Although Trump issued an executive order on June 20 to end the family separations, the American Civil Liberties Union, which brought the San Diego case, said the order contained "loopholes" and did little to fix the problem. Some 2,000 children remain separated.

The separations sparked widespread condemnation in the United States, including from within Trump's own Republican Party, and abroad. Sabraw, an appointee of former Republican President George W. Bush, sharply rebuked the administration.

"The unfortunate reality is that under the present system migrant children are not accounted for with the same efficiency and accuracy as property," he wrote.

"The facts set forth before the court portray reactive governance responses to address a chaotic circumstance of the government's own making," he added.