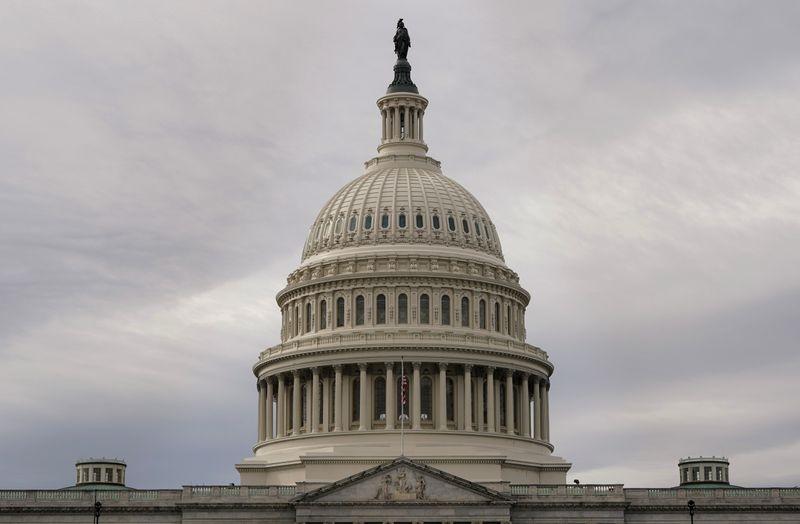 WASHINGTON (Reuters) - The U.S. House of Representatives put on hold an expected Tuesday vote on a bill to fund the government through Dec. 11, while bipartisan congressional leaders discussed whether to include farm aid sought by President Donald Trump, lawmakers and aides said.

The delay "relates to numerous agriculture provisions" in the bill, one Democratic aide said. With government funding lapsing on Sept. 30, House Democrats announced Monday they had filed the stopgap funding legislation, but they angered Republicans by leaving out some farm money that Trump wanted.

The bill generally continues current spending levels, avoiding a government shutdown when funding runs out on Sept. 30. It would give lawmakers more time to work out spending through September 2021, including budgets for military operations, healthcare, national parks, space programs, and airport and border security.

"At some point in the next day or two, we expect that there will be a continuing resolution on the floor that will continue the current spending agreement until December," said Representative Hakeem Jeffries, chairman of the House Democratic caucus, who have the majority. He said he hoped it would be "bipartisan in nature."

The version that House Democrats filed on Monday did not include $21.1 billion that the White House sought to replenish the Commodity Credit Corporation, a program to stabilize farm incomes, because Democrats considered it a blank check for political favors. Trump had promised more farm aid during a rally in Wisconsin last week.

A House Republican aide said Democrats had earlier walked away from an agreement that included the farm aid.

"Republicans will continue to fight for these provisions to be included," he said.

Leaders of both parties say they are not interested in a standoff that could lead to a government shutdown, amid a pandemic and just weeks before the Nov. 3 elections.