WASHINGTON (Reuters) - Democrats on the U.S. House intelligence panel will investigate U.S. President Donald Trump's response to the murder of journalist Jamal Khashoggi as part of a 'deep dive' next year into U.S.-Saudi Arabia ties, the committee's incoming head said in a report published on Friday. 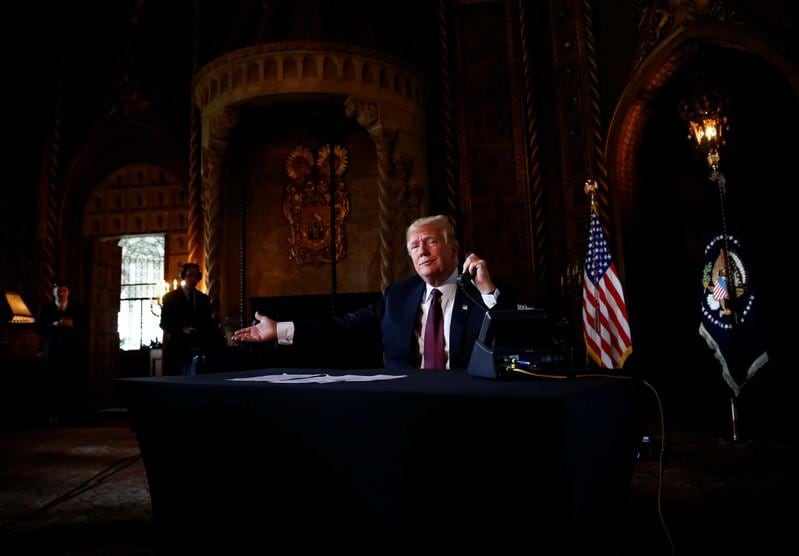 WASHINGTON (Reuters) - Democrats on the U.S. House intelligence panel will investigate U.S. President Donald Trump's response to the murder of journalist Jamal Khashoggi as part of a "deep dive" next year into U.S.-Saudi Arabia ties, the committee's incoming head said in a report published on Friday.

The committee will investigate the U.S. intelligence assessment of Khashoggi's death as well as the war in Yemen, the stability of the Saudi royal family and the kingdom's treatment of critics and the press, among other topics, U.S. Representative Adam Schiff told the Washington Post.

Schiff, the committee's top Democrat, is in line to become committee chairman in January when his party takes control of the U.S. House of Representatives following gains in this month's congressional elections.

That will allow Democrats to exercise oversight of Trump and his administration, giving them investigative power, including the ability to issue subpoenas and hold hearings.

"Certainly we will be delving further into the murder of Khashoggi," Schiff told the Post. "We will certainly want to examine what the intelligence community knows about the murder."

Trump has dismissed the CIA's assessment that Khashoggi's slaying was ordered directly by Saudi Crown Prince Mohammed bin Salman, Saudi Arabia's de facto ruler. Khashoggi, a Saudi-born, U.S.-based journalist for the Post who had been critical of Saudi leaders, was last seen heading into the Saudi consulate in Istanbul on Oct. 2.

On Thursday, Trump repeated his doubts of the U.S. intelligence community, telling reporters the CIA "did not come to a conclusion. They have feelings certain ways," while the crown prince "denies it vehemently."

Schiff said his panel will examine the CIA's findings as well as whether Trump's private financial relationship with the Saudis influenced his response as president.

"There are a whole set of potential financial conflicts of interest and emoluments problems that Congress will need to get to the bottom of," Schiff said. "If foreign investment in the Trump businesses is guiding U.S. policy in a way that's antithetical to the country's interests, we need to find out."

Trump, who still owns his business as president but has said he relinquished day-to-day control, told a rally in 2015 he earned "hundreds of millions" of dollars from Saudi purchases.

Trump has defended his stance toward Saudi Arabia, a key U.S. ally in the Middle East, citing U.S. arms deals with Riyadh and the larger U.S. strategy toward Iran.