By Susan Cornwell WASHINGTON (Reuters) - The U.S. House of Representatives failed on Tuesday to override President Donald Trump's first veto, leaving in place the 'national emergency' he declared last month to build a U.S.-Mexico border wall that Congress has not funded. Democrats who control the House did not attract enough Republican support to reach the two-thirds majority vote needed to overturn Trump's veto. 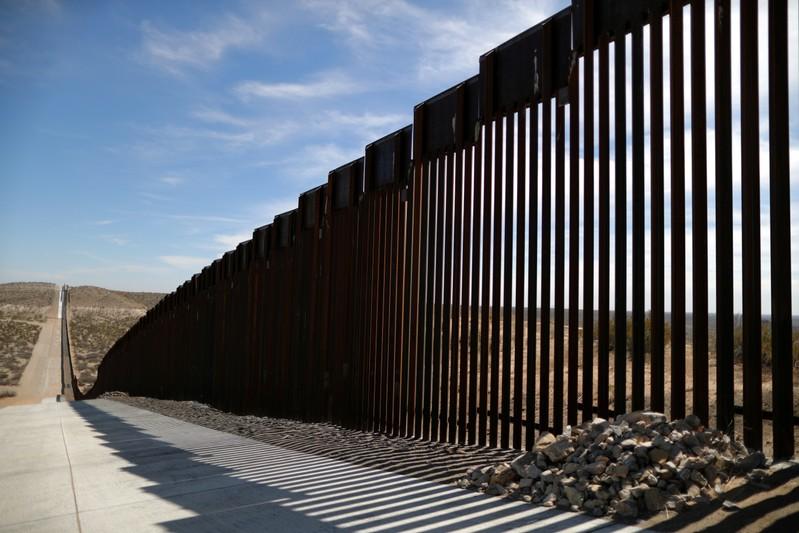 WASHINGTON (Reuters) - The U.S. House of Representatives failed on Tuesday to override President Donald Trump's first veto, leaving in place the "national emergency" he declared last month to build a U.S.-Mexico border wall that Congress has not funded.

Democrats who control the House did not attract enough Republican support to reach the two-thirds majority vote needed to overturn Trump's veto. Just 14 Republicans joined 234 Democrats in voting to override, one more Republican than had bucked Trump in a previous House vote on the border wall emergency.

With the 248-181 tally, Trump is now likely to continue scouring federal accounts for money he wants redirected to wall construction projects.

But the battle over his emergency declaration also shifts to the courts, with various legal challenges already underway. A coalition of 16 states sued in February to block Trump's move.

Trump declared the national emergency on Feb. 15 in an attempt to bypass Congress and move taxpayer funds for the wall away from other uses already approved by Congress. Bipartisan majorities of both the House and Senate rejected his move, voting to terminate the emergency before the president vetoed their resolution on March 15.

Democrats argued the Republican president had overstepped his authority by going around Congress' refusal to fund a border wall, because the legislature has the power to control spending under the U.S. Constitution.

"The founders (of the United States) did not want a monarchy; that's what they rejected. What they wanted was a democracy," House Speaker Nancy Pelosi said on the House floor.

"We take an oath to the Constitution, not to the president of the United States," she said.

But Republicans insisted Trump had acted legally under a 1976 law known as the National Emergencies Act, under which previous presidents had declared dozens of emergencies.

Trump's position on Tuesday was possibly strengthened by Special Counsel Robert Mueller's conclusion after a 22-month investigation that the Republican president's campaign team did not collude with Russian interference in the 2016 election. Moscow has denied meddling.

That political victory for Trump may make it more challenging for Republicans to defy the president on a range of issues, including his border emergency.

“Even though the two issues clearly aren’t related, it increases the president’s strength and popularity and puts him in a stronger position,” Republican Representative Tom Cole said before the vote.