By Lawrence Hurley WASHINGTON (Reuters) - In a decision that may curb the rise of financial penalties and property seizures in the U.S. criminal justice system, the Supreme Court on Wednesday for the first time ruled that the U.S 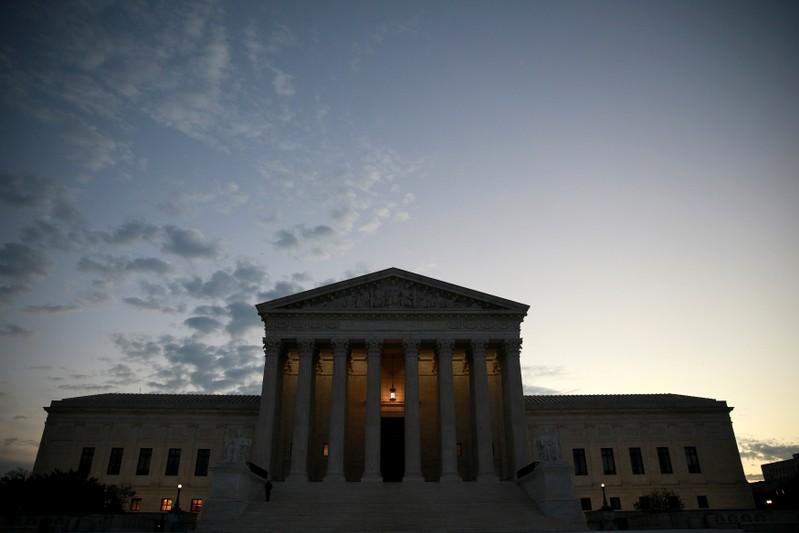 WASHINGTON (Reuters) - In a decision that may curb the rise of financial penalties and property seizures in the U.S. criminal justice system, the Supreme Court on Wednesday for the first time ruled that the U.S. Constitution's ban on "excess fines" applies to states as well as the federal government.

The nine justices ruled unanimously in favour of an Indiana man named Tyson Timbs who argued that police violated his rights by seizing his $42,000 Land Rover vehicle after he was convicted as a heroin dealer.

Justice Ruth Bader Ginsburg, back on the bench for a second straight day after undergoing lung cancer surgery in December, wrote the court's opinion, which clarified the applicability of the "excessive fines" prohibition contained in the Constitution's Eighth Amendment.

"For good reason, the protection against excessive fines has been a constant shield throughout Anglo-American history. Exorbitant tolls undermine other constitutional liberties," Ginsburg said in court as she announced the ruling.

The vehicle was taken in a process called civil asset forfeiture that permits police to seize and keep property involved in a crime.

"The Supreme Court recognised rightly that the excessive fines clause is a vital check on the government's power to punish people and strip them of their property," said Sam Gedge, a lawyer at the Institute for Justice, a libertarian legal group that represents Timbs.

Civil liberties activists have criticized an increase in the use of fines and other penalties in the federal and state criminal justice systems in the past three decades. Organizations from across the ideological spectrum backed Timbs, including the American Civil Liberties Union and the U.S. Chamber of Commerce business group.

"The excessive fines clause is now clearly held to be a safeguard when state and local courts and police see people as dollar signs," ACLU lawyer Nusrat Choudhury said.

The case will now return to Indiana courts to determine whether the seizure was excessive. The office of Indiana Attorney General Curtis Hill did not immediately respond to a request seeking comment.

Timbs pleaded guilty in 2015 to one count of dealing in controlled substances and one count of conspiracy to commit theft after selling four grams of heroin to undercover police officers for $385 in Marion, Indiana in two separate transactions two years earlier, according to legal filings.

He was sentenced to one year of home detention and five years of probation, and authorities seized his 2012 Land Rover LR2 SUV, which he had used to purchase, transport and sell the drugs. The decision means that Timbs now has a chance to get his Land Rover back.

The Eighth Amendment is part of the Bill of Rights, the Constitution's first 10 amendments that were ratified in 1791 as guarantees of individual rights and curbs on governmental power.

The Supreme Court has held that various parts of the Bill of Rights apply to the states, not just the federal government, including the Eighth Amendment ban on cruel and unusual punishment. In a 2010 gun rights decision, it ruled that the Second Amendment right "to keep and bear arms" applies to the states.

Timbs, who has admitted he was a drug addict, purchased the Land Rover in 2013 with money he obtained from a life insurance policy following the death of his father.

Timbs argued that his vehicle's seizure constituted an excessive fine because he had dealt drugs only twice, was convicted of only one drug-dealing offence and the maximum fine for the offence was $10,000, much less than the vehicle's value.

Timbs appealed to the U.S. Supreme Court after the Indiana Supreme Court in 2017 reversed an Indiana state judge's 2015 ruling in his favour.