By Gabriella Borter (Reuters) - U.S. President Donald Trump said his wife, first lady Melania Trump, was safe on Wednesday after a mechanical problem forced her airplane, which was headed for Philadelphia, to return to the Joint Base Andrews military facility in Maryland. “They had a problem, but she’s fine,” Trump said in an interview on Fox Business News. 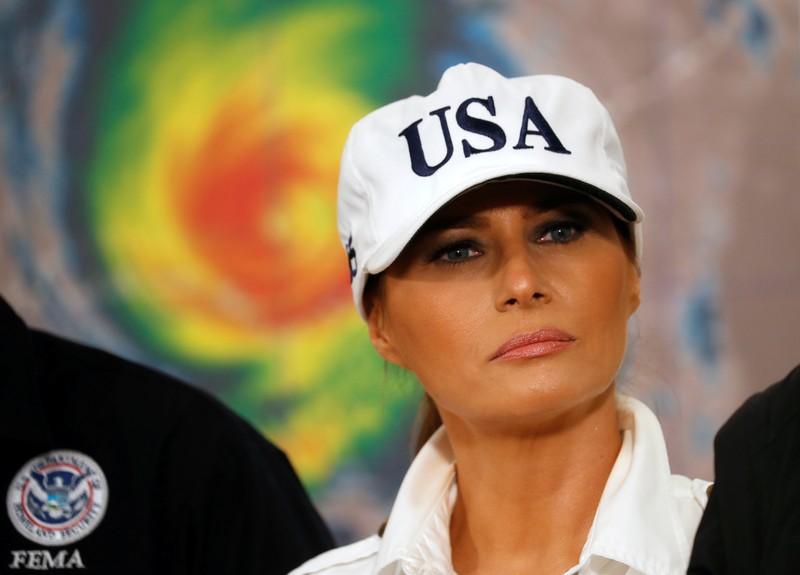 (Reuters) - U.S. President Donald Trump said his wife, first lady Melania Trump, was safe on Wednesday after a mechanical problem forced her airplane, which was headed for Philadelphia, to return to the Joint Base Andrews military facility in Maryland.

“They had a problem, but she’s fine,” Trump said in an interview on Fox Business News. He did not say what was wrong with the flight.

The plane had a "minor mechanical issue," after the plane took off for Philadelphia, the first lady's spokeswoman, Stephanie Grisham, said in an emailed statement. Trump was scheduled to visit the Thomas Jefferson University Hospital there and meet with families affected by prenatal opioid use as part of her "Be Best" campaign.

About 15 minutes after takeoff, the plane's cabin started filling with smoke and there was a smell of something burning, according to a statement from White House pool reporters who were on board.

A flight crew member gave passengers damp towels to hold over their faces for the smell, the reporter said.

The first lady, health and human services secretary Alex Azar and others who were on board were transferred to a second plane, the media pool statement said.

The first lady arrived at Thomas Jefferson University Hospital in Philadelphia shortly after 11 a.m. EDT and apologized to the audience for her delay, according to the media pool statement.