WASHINGTON (Reuters) - The Trump administration is exploring possible ways to remove U.S.-based Muslim cleric Fethullah Gulen, a foe of Turkish President Tayyip Erdogan, to convince Turkey to ease pressure on Saudi Arabia over the killing of a Saudi journalist, NBC News reported on Thursday. NBC, citing four sources, said Trump administration officials asked federal law enforcement agencies to look into whether Gulen, accused by Erdogan of instigating a failed 2016 coup, could legally be forced out of the United States. 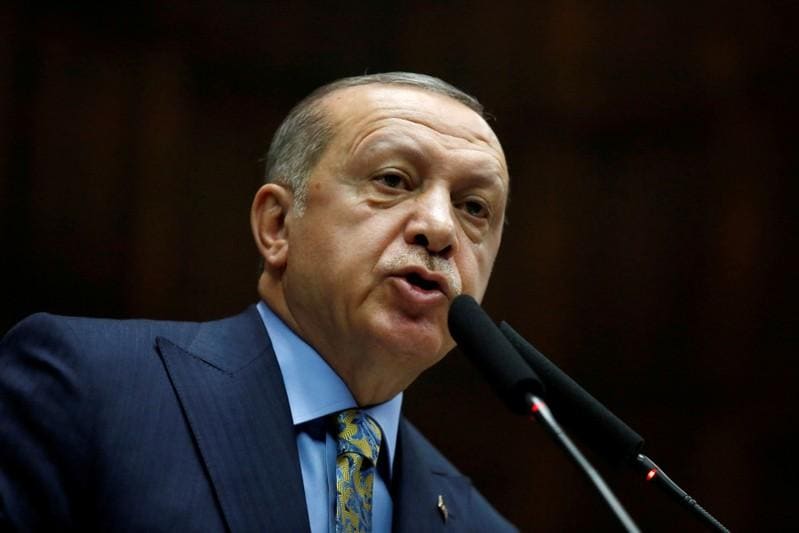 NBC, citing four sources, said Trump administration officials asked federal law enforcement agencies to look into whether Gulen, accused by Erdogan of instigating a failed 2016 coup, could legally be forced out of the United States.

Erdogan has long demanded that Washington extradite Gulen, who denies any involvement in the attempted coup and has lived in self-imposed exile in the United States since 1999. U.S. officials have said the courts need sufficient evidence to extradite the elderly cleric.

A White House official told Reuters the NBC story was "not accurate" but did not elaborate. A senior Turkish official declined to comment.

Gulen's media adviser, Alp Aslandogan, said he was not aware of any new U.S. inquiry.

Erdogan ramped up pressure on Saudi Arabia after U.S.-based journalist Jamal Khashoggi, a critic of the Saudi rulers, was killed at the Saudi consulate in Istanbul, where he had gone to pick up documents related to his upcoming marriage.

Turkey has said it has recordings related to the Khashoggi killing. Erdogan has insisted the killing was ordered at the "highest levels" of the Saudi government and has continued to keep pressure on de facto Saudi ruler Crown Prince Mohammed bin Salman, including demanding the extradition of 18 suspects it believes are connected to the killing.

"The White House has not been involved in any discussions relating the extradition of Fethullah Gulen to the death of Jamal Khashoggi," the White House official said.

A second senior Turkish official told Reuters that Turkey's extradition request and its Khashoggi investigation are separate issues "not connected in any way, shape or form."

NBC News said the Trump administration had directed the Justice Department and the FBI to reopen Turkey's case for Gulen's extradition. The administration also asked the Department of Homeland Security for information about Gulen's legal status, NBC said, citing the four sources.

NBC News said one option the administration was considering was trying to force Gulen to relocate to South Africa.

NBC said career officials at the agencies had pushed back at the White House requests.

"At first there were eye rolls, but once they realized it was a serious request, the career guys were furious," NBC News quoted a senior U.S. official as saying.