BRUSSELS/WASHINGTON (Reuters) -The European Union and United States on Tuesday criticised the jailing of a citizen-journalist in China who reported on the early outbreak of the coronavirus pandemic from Wuhan. A Chinese court handed down a four-year jail term on Monday to Zhang Zhan, who reported at the peak of the crisis in the city where the coronavirus first emerged. 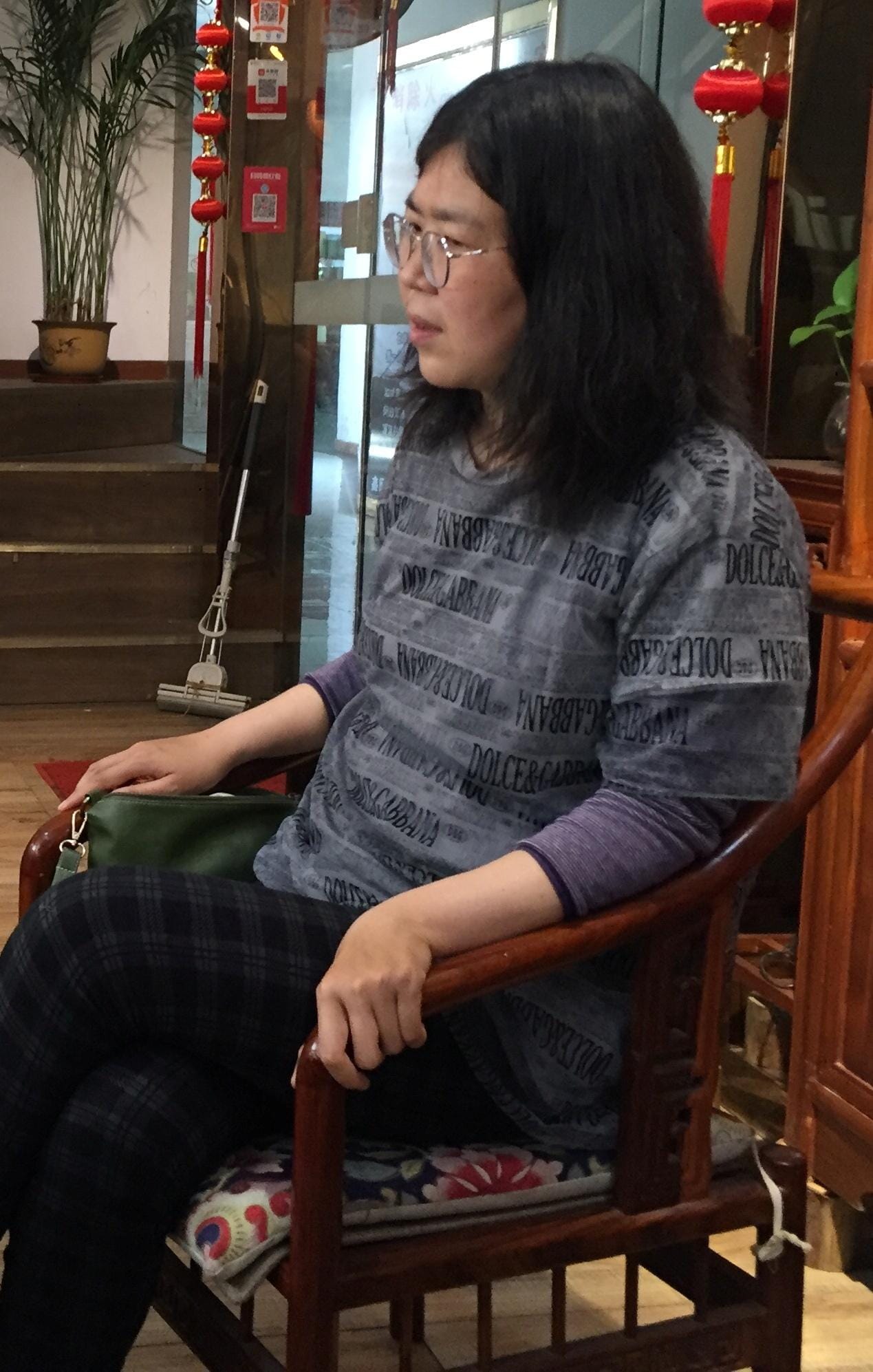 BRUSSELS/WASHINGTON (Reuters) -The European Union and United States on Tuesday criticised the jailing of a citizen-journalist in China who reported on the early outbreak of the coronavirus pandemic from Wuhan.

A Chinese court handed down a four-year jail term on Monday to Zhang Zhan, who reported at the peak of the crisis in the city where the coronavirus first emerged. Her lawyer said Zhang was jailed on the grounds of "picking quarrels and provoking trouble".

U.S. Secretary of State Mike Pompeo said in a statement that he strongly condemned Zhang's conviction and called for her immediate and unconditional release, accusing the Chinese Communist Party (CCP) of restricting and manipulating information about the COVID-19 outbreak in Wuhan.

"Her hasty trial, to which foreign observers were denied access, shows how fearful the CCP is of Chinese citizens who speak the truth," Pompeo said, adding that the United States would always support the right of Chinese citizens to express themselves freely.

U.S.-China relations have plunged to their worst level in decades as the world's top two economies spar over issues ranging from the coronavirus outbreak, Beijing's national security law for Hong Kong, trade and espionage.

The EU also called for Zhang's immediate release, as well as for freedom for jailed human rights lawyer Yu Wensheng, and several other detained and convicted human rights defenders and individuals who engaged in reporting in the public interest.

"According to credible sources, Ms Zhang has been subject to torture and ill-treatment during her detention and her health condition has seriously deteriorated," an external affairs spokesman for the 27-nation EU said in a statement.

Separately, the EU called on China to "guarantee procedural fairness and due process of law" for 10 Hong Kong activists on trial in China after being caught at sea and accused of trying to flee to Taiwan.

In a statement it called for the immediate release of the group and their swift return to Hong Kong from Shenzhen, where they went on trial on Dec. 28 in a closed court and without appointed lawyers of their choice.

The EU criticism over the cases comes a day before EU and Chinese leaders are expected to clinch a deal to give European companies better access to the Chinese market.

Citizen-journalist Zhang was among a handful of people whose firsthand accounts from crowded hospitals and empty streets painted a more dire picture of the pandemic epicentre than the official narrative.

Critics say that China deliberately arranged for Zhang's trial to take place during the holiday season in the West, to minimize scrutiny.

"The restrictions on freedom of expression, on access to information, and intimidation and surveillance of journalists, as well as detentions, trials and sentencing of human rights defenders, lawyers, and intellectuals in China, are growing and continue to be a source of great concern," the EU spokesman said.

(Reporting by John Chalmers in Brussels and Daphne Psaledakis in Washingtond; editing by Jonathan Oatis)