By David Morgan WASHINGTON (Reuters) - A U.S. diplomat told congressional investigators this week that he raised concerns about Hunter Biden's position with a Ukrainian energy company in 2015, only to be turned away by an aide to then-Vice President Joe Biden, a person familiar with the testimony said on Friday 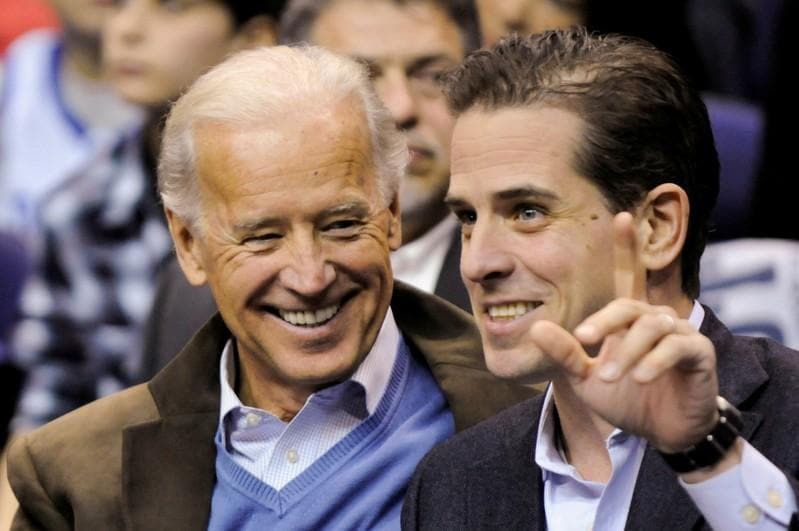 WASHINGTON (Reuters) - A U.S. diplomat told congressional investigators this week that he raised concerns about Hunter Biden's position with a Ukrainian energy company in 2015, only to be turned away by an aide to then-Vice President Joe Biden, a person familiar with the testimony said on Friday.

Hunter Biden's role https://www.reuters.com/article/us-hunter-biden-ukraine/what-hunter-biden-did-on-the-board-of-ukrainian-energy-company-burisma-idUSKBN1WX1P7 on the board of Burisma Holdings Ltd while his father was in the White House plays into a Democratic-led impeachment inquiry against President Donald Trump in the U.S. House of Representatives.

The inquiry is focussed on whether Trump may have withheld $391 million in U.S. security aid to Ukraine earlier this year until newly elected President Volodymyr Zelenskiy opened an investigation into the Bidens and into a discredited theory that Ukraine may have meddled in the 2016 U.S. elections.

American intelligence agencies concluded that it was Russia that used social media and other tools to secretly try to bolster Trump's 2016 prospects against Democratic rival Hillary Clinton.

The U.S. diplomat, George Kent, who was the State Department's deputy chief of mission in Ukraine, told congressional investigators on Tuesday that he became aware of Hunter Biden's Burisma board seat in early 2015 and spoke to a Biden staffer about it.

At the time, Joe Biden's other son, Beau, was dying from cancer.

"Kent testified that he raised this issue - the perception of a conflict of interest - that was problematic," the source said. "What he was told by the Biden official was that Beau's dying of cancer and they didn't have any further bandwidth to deal with family issues."

Hunter Biden's role in Burisma coincided with a U.S. anti-corruption drive in Ukraine that emphasized the importance of avoiding conflicts of interest, the source said.

Trump and his personal lawyer Rudy Giuliani, without providing evidence, have accused the Bidens of corruption. Joe Biden is a leading contender https://www.reuters.com/article/us-usa-democrats-poll/biden-expands-edge-in-u-s-democratic-nomination-race-reuters-ipsos-poll-idUSKBN1WX2O4 for the Democratic Party's nomination to run against Republican Trump in the November 2020 election.

Andrew Bates, a spokesman for Biden's presidential campaign, said in a statement that when he was vice president, "the U.S. made eradicating corruption a centerpiece of our policies towards Ukraine."

House Democrats are looking into a July 25 phone call between Trump and Zelenskiy and whether Trump pressed Ukraine to investigate the Bidens.

House and Senate Democrats, meanwhile, have introduced legislation prohibiting funding for next year's Group of Seven summit if it is held at a Trump-owned resort in southern Florida, as the U.S. president intends.

The decision has raised questions over whether Trump's move could be an impeachable offence since the U.S. Constitution prohibits federal officials from receiving any gifts, payments or other things of value from foreign representatives.

Trump calls the impeachment inquiry a "witch hunt" motivated by Democrats' bitterness over his 2016 surprise victory.

Trump's re-election campaign has begun selling T-shirts emblazoned with the words "Get Over It."

NEW ROUND OF WITNESSES

Democratic Representative Gerry Connolly, who sat in on Kent's testimony, told reporters this week that the diplomat also described a parallel foreign policy effort to sideline career diplomats on Ukraine and place relations with the country in the hands of U.S. Ambassador to the European Union Gordon Sondland, a Trump donor, Energy Secretary Rick Perry and Trump's then-special envoy to Ukraine Kurt Volker.

State Department diplomats, administration national security officials and a Defence Department Ukraine policy expert are due to testify to the House inquiry next week.

On Thursday, Mulvaney startled Washington when he told reporters that Trump's decision to withhold the security aid from Ukraine was linked to Trump's desire for Kiev to investigate a theory, long ago debunked, that a Democratic National Committee computer server was held in Ukraine.

Trump has denied that he ever used the American foreign aid as leverage to get Zelenskiy to look into U.S. political matters, but he has publicly urged both Ukraine and China to investigate the Bidens.

Meanwhile, U.S. House Republicans on Friday ramped up their demand that Democrats investigating Trump provide lawmakers with access to all materials gathered by the three committees during their closed-door interviews and depositions.