By Lisa Shumaker (Reuters) - The U.S. 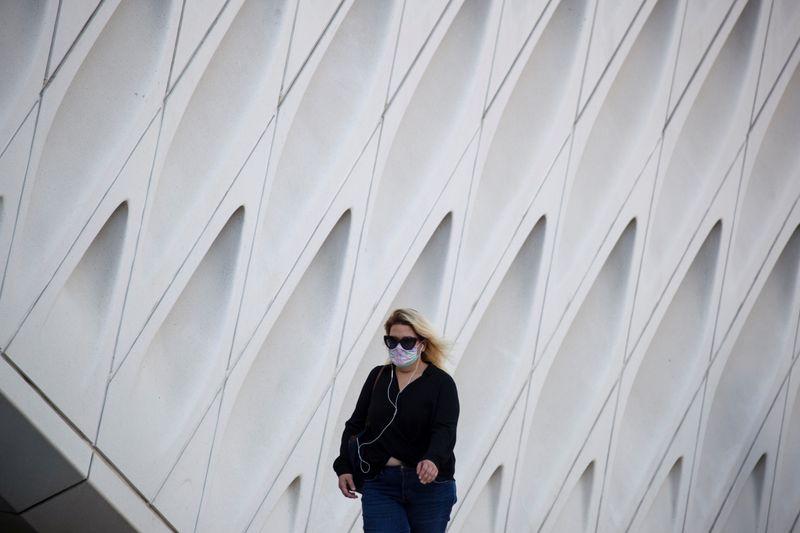 (Reuters) - The U.S. death toll from COVID-19 rose 2% to about 7,400 people last week, while new cases declined for a fourth week in a row, according to a Reuters tally of state and county reports.

The country posted 360,000 new COVID-19 cases for the week ended Aug. 16, down from a weekly peak of over 468,000 cases in mid-July. The United States has the worst outbreak in the world in terms of total cases and deaths, accounting for a quarter of the global total of 21 million cases.

Louisiana led last week's decline with cases falling 44%, followed by Arkansas down 41% and South Carolina down 30%. Cases in California rose 32%, partly due to a backlog of tests caused by technical problems that the state says it has now cleared.

In South Dakota, new cases increased for the fourth straight week. More than 100,000 motorcycle enthusiasts traveled from all over the country for an annual rally in Sturgis, South Dakota, which began on Aug. 7.

At a time when many schools are welcoming at least a portion of their students back into classrooms, the United States is testing on average 740,000 people a day. The number of COVID-19 tests have been falling for several weeks now.

Nationally, the share of all tests that came back positive for the new virus was 7%, down from 8% the prior week, according to data from The COVID Tracking Project, a volunteer-run effort to track the outbreak.

Mississippi, Nevada, Florida and Idaho had the highest positive rates at over 16%.

Only 16 states and Washington D.C. reported a positivity rate under 5%, which is the threshold that the World Health Organization considers concerning because it suggests there are more cases in the community that have not yet been uncovered.

(GRAPHIC - Tracking the novel coronavirus in the U.S.: https://graphics.reuters.com/HEALTH-CORONAVIRUS-USA/0100B5K8423/index.html)