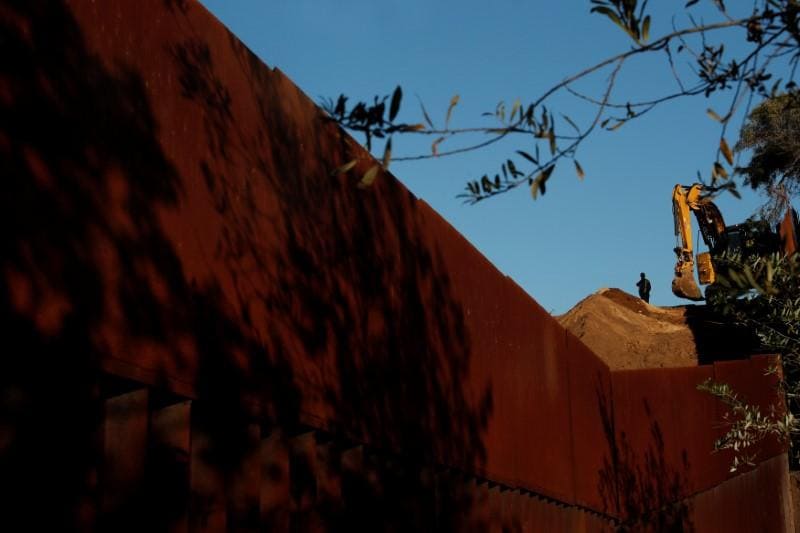 WASHINGTON (Reuters) - The U.S. Congress began advancing legislation on Wednesday to fund several federal agencies through Feb. 8 to avert a partial government shutdown, but without including money for a U.S.-Mexico border wall that President Donald Trump demanded.

"We'll soon take up a simple measure that will continue government funding into February so that we can continue this vital (border security) debate after the new Congress has convened" in January, said Senate Majority Leader Mitch McConnell.

A Senate Democratic aide said the appropriations bill, which would keep the Department of Homeland Security and several other agencies operating on a temporary basis, was expected to pass the Senate either on Wednesday or Thursday.

The House of Representatives would then have to pass the bill and hope that Trump signs it into law, avoiding a shutdown because existing funding for the agencies will expire at midnight on Friday.

By postponing decisions on spending for the agencies that also includes the departments of Justice, Commerce, Interior and Agriculture, Democrats will be in a somewhat stronger bargaining position next year when they take majority control of the House.

Democrats and many Republicans have challenged the wisdom of giving Trump $5 billion this year to build a wall - which carries an estimated $24 billion price tag - that they argue would be less effective in securing the border than building on a mix of tools already in place.

In a last-ditch attempt to resolve the impasse this year, Trump and McConnell on Tuesday proposed giving Trump a $1 billion fund that he could use at his discretion for border security.

Senate Democratic Leader Chuck Schumer labeled that a "slush fund" that would lack the votes to pass Congress.

On Wednesday, McConnell attacked Democrats for rejecting it, saying, "It seems like political spite for the president may be winning out over sensible policy."

The White House said on Tuesday it would search for already appropriated government funds to be redirected towards building the wall, since Congress was not cooperating with its request for the money.

It was a tacit acknowledgment that Congress was unlikely to fund the wall and marked a move away from Trump's tough rhetoric last week that he would be "proud" to shut down the government over wall funding.

But Schumer, speaking on the Senate floor on Wednesday, said the administration could not legally do that without Congress’ consent.

"The House and Senate will not approve a wall from reprogrammed funds or anything else. It won't happen," Schumer warned.

Trump accused Democrats in a Twitter post earlier on Wednesday of being willing to fund everything but "border security and the military," while his senior adviser Kellyanne Conway took Republican lawmakers to task for not pushing harder on the issue.

"On this, they're walking away," Conway said in an interview on Fox News.