By Mike Stone and Patricia Zengerle WASHINGTON (Reuters) - The Trump administration, working to increase exports of U.S.-made weapons, has asked the U.S. Congress to review the sale of more than 120,000 precision-guided munitions to allies Saudi Arabia and the United Arab Emirates, sources said on Tuesday. President Donald Trump has thrown his political weight behind the arms export push to help job growth at home. 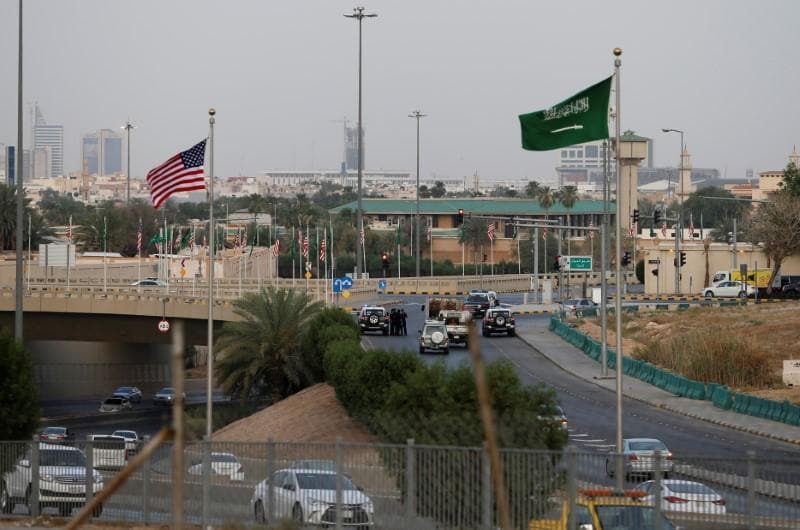 By Mike Stone and Patricia Zengerle

WASHINGTON (Reuters) - The Trump administration, working to increase exports of U.S.-made weapons, has asked the U.S. Congress to review the sale of more than 120,000 precision-guided munitions to allies Saudi Arabia and the United Arab Emirates, sources said on Tuesday.

President Donald Trump has thrown his political weight behind the arms export push to help job growth at home. Last year, his administration approved the sale of about $7 billion of the precision-guided weapons to Saudi Arabia.

That deal raised concerns from some members of Congress over American weapons being used in the Saudi-led campaign against Houthi rebels in Yemen and the deaths of thousands of civilians there since March 2015.

The value of the transactions under review now could not immediately be determined.

Administration and congressional sources confirmed that the informal 40-day review period to sell the munitions to the two countries was under way.

The Senate Foreign Relations and House Foreign Affairs Committees have been briefed, and lawmakers have asked the administration for more information, which one congressional aide said had not yet been provided.

Saudi and UAE officials did not immediately respond to requests for comment. The U.S. State and Defense Departments do not comment on planned arms sales before formal notification is sent to Congress.

The issue is likely to come up this week when Trump's secretary of state, Mike Pompeo, testifies before the Foreign Relations and Foreign Affairs panels for the first time since the Senate confirmed the former CIA director in his new position last month.

Trump views weapons sales as a way to create jobs in the United States and has announced billions of dollars in arms sales since taking office in January 2017.

He has at times taken a personal role in pushing through foreign sales of U.S. arms, underscoring his determination to make the United States, already dominant in the global weapons trade, an even bigger arms merchant to the world, despite concerns from human rights and arms control advocates. [nL1N1RU1YH]

Key members of Congress, including the leaders of the two committees, are allowed to informally review major foreign arms sales, and at times they have objected to sales and held them up for months.

Senator Bob Corker, the Republican chairman of Foreign Relations, blocked major sales to Saudi Arabia, the UAE and other Gulf nations for much of last year over a dispute with Qatar, lifting his "hold" only early this year.

However, if a president wants a sale to go through despite lawmakers' objections, it can only be stopped if Congress passes legislation blocking the sale. No such measure has ever passed Congress.