WASHINGTON (Reuters) - Both chambers of the U.S. Congress convened for only a few minutes late on Thursday, but took no steps to end a partial federal government shutdown before adjourning until next week 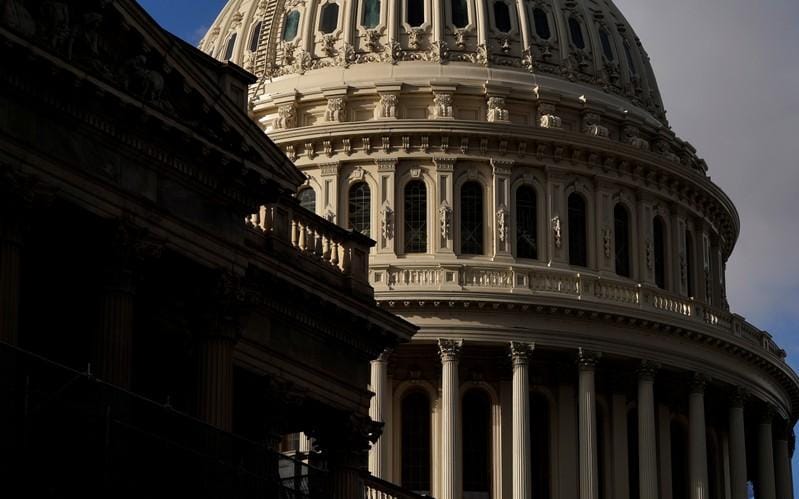 WASHINGTON (Reuters) - Both chambers of the U.S. Congress convened for only a few minutes late on Thursday, but took no steps to end a partial federal government shutdown before adjourning until next week.

Showing little sense of urgency over the shutdown, now in its sixth day, the Senate and the House of Representatives did nothing to restore funding for the roughly 20 percent of the government affected.

The shutdown was on track to continue into next week and possibly drag on well into January.

The shutdown was triggered by Republican President Donald Trump's demand, largely opposed by Democrats and some lawmakers within his own party, that U.S. taxpayers provide $5 billion for a wall he wants to build along the U.S.-Mexico border.

Trump wants the money to be included in spending measures that Congress must pass to restore funding to several government agencies, including the departments of Homeland Security, Justice, Agriculture and Commerce.

On Saturday, when their existing funding expired, those agencies shut down "nonessential" operations. It was the third shutdown of the year. The previous two were brief.

“The president has made clear that any bill to fund the government must adequately fund border security," White House spokeswoman Sarah Sanders said in a statement that made no mention of Trump's proposed wall.

The shutdown has had only a limited impact so far, partly due to holiday vacations being underway for the 800,000 or so federal workers affected, though that could change soon.