By Katy Daigle (Reuters) - While the enormity of tackling climate change can be so overwhelming that some people shut down, presenting people with examples of how they can take action offers hope, says climate scientist Katharine Hayhoe. 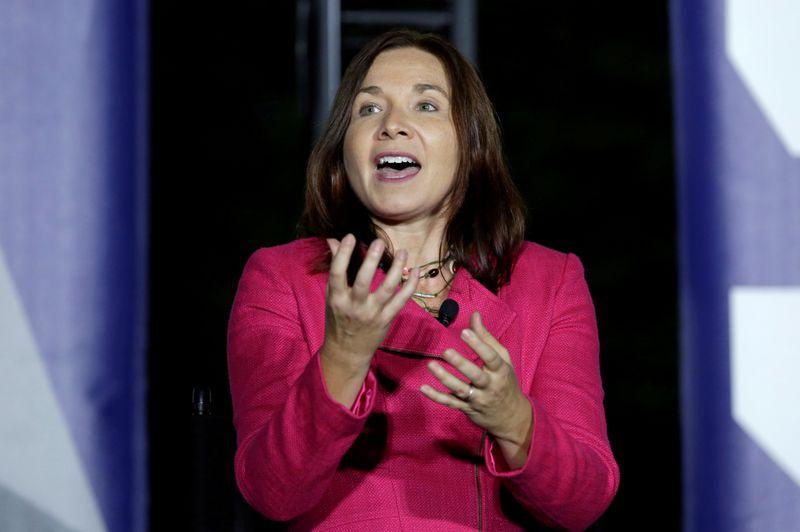 (Reuters) - While the enormity of tackling climate change can be so overwhelming that some people shut down, presenting people with examples of how they can take action offers hope, says climate scientist Katharine Hayhoe.

In a live interview with Reuters on Thursday Hayhoe explained how climate change was causing weather events such as heat waves, wildfires and hurricanes to become more severe and more frequent. https://www.pscp.tv/w/1gqxvagqNBjJB

“According to natural factors we should be very gradually but inevitably getting cooler right now,” said Hayhoe, an atmospheric scientist at Texas Tech University in Lubbock. “Instead we're getting warmer faster than any time in the history of human civilization on this planet.”

The urgency of climate change is real, she says, calling it “a here issue, and a now issue.” Climate change was a major factor in heat waves that made recent fires in Siberia, Australia, and the U.S. West so extensive and damaging, she said.

Hayhoe, widely known as a top communicator of climate change, addressed what often stands in the way of more aggressive action toward reducing emissions and adapting our societies to cope with change.

“Scaring the pants off us, for most of us, doesn't move us forward. It actually causes us to freeze. That’s how our brains are hard-wired,” Hayhoe said. “We are wired to move forward not only to escape fear but rather towards a reward, something positive.”

Instead, Hayhoe focuses on communicating how climate change is affecting people locally and offering suggestions for how people can help provide solutions – even if those solutions are small. Giving people a sense of efficacy, she said, means giving people hope.

For many, that sense of agency could come simply from talking about climate risks with friends or within their communities. For others, individual actions such as switching to LED light bulbs or forgoing meat can help people feel they are part of the solution.

Individual actions can only address a small part of the problem, she said. So governments need to step up, as does the private sector.

“Having different metrics that measure not only economic growth, but also the sustainability, the ability to live within our boundaries, we need a different paradigm for business," she said. "It’s business leaders, and business experts and business thinkers who have to be involved in developing that paradigm,” she said.