By Susan Cornwell and Deena Beasley WASHINGTON (Reuters) - Hundreds more Americans have been sickened by a severe vaping-related illness, with the official tally set to be updated on Thursday, according to a U.S. health official speaking at a congressional hearing on Tuesday. The House of Representatives began public hearings this week about the mystery lung disease that, as of last week, had sickened 530 people in 38 states 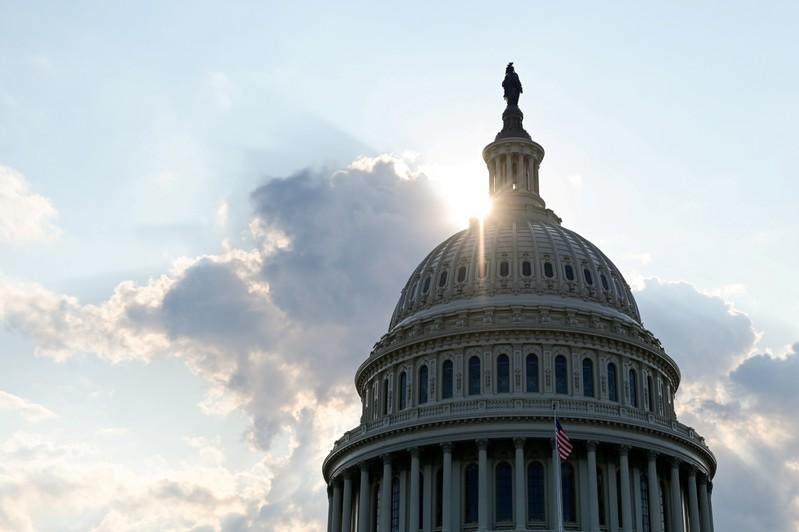 By Susan Cornwell and Deena Beasley

WASHINGTON (Reuters) - Hundreds more Americans have been sickened by a severe vaping-related illness, with the official tally set to be updated on Thursday, according to a U.S. health official speaking at a congressional hearing on Tuesday.

The House of Representatives began public hearings this week about the mystery lung disease that, as of last week, had sickened 530 people in 38 states. The illness has also claimed the lives of nine people.

"We believe that probably hundreds more (cases) have come in since the numbers we released last week," said Anne Schuchat, principal deputy director of the Centers for Disease Control and Prevention (CDC).

The outbreak prompted Massachusetts on Tuesday to impose a four-month ban on sales of all vaping products, including those used for tobacco and marijuana, which is legal in the state.

The move goes further than New York state and Michigan, which earlier this month banned the sale of flavoured vaping products, out of concern that those products appeal to children.

E-cigarettes, which operate by heating a liquid to form an inhalable vapour, have been popular for nearly a decade in the United States.

At Tuesday's hearing Schuchat noted that latest-generation vaping devices use "nicotine salts" that boost the amount of the addictive substance that reaches the brain, presenting a particular risk to younger consumers, whose brains are still developing.

"It feels like that's kind of vaping on steroids," said Representative Raja Krishnamoorthi, chairman of the subcommittee on economic and consumer policy, as he called for further investigation.

Schuchat emphasized that the CDC has still not identified any specific product or compound - including tetrahydrocannabinol (THC), the high-inducing component of marijuana, or Vitamin E acetate - that is linked to all cases of the illness.

The CDC, which has activated its emergency operations centre to coordinate an investigation, has advised that people quit vaping if they can.

A man over age 50 who used e-cigarettes died in Kansas as state health officials prepared to join the waves of experts testifying before Congress on Wednesday, Kansas Governor Laura Kelly announced.

“Today, I am saddened to announce the death of a second Kansan in association with this outbreak,” the governor said in a statement, noting the man had underlying medical conditions.

On Wednesday, the acting commissioner of the Food and Drug Administration will appear before a House Energy and Commerce subcommittee and be asked about the public health threats of e-cigarettes.

For those who continue vaping, public health officials urge consumers to avoid buying vaping products on the street, using marijuana-derived oil with the products or modifying a store-bought vape product.

The House Oversight Economic and Consumer Policy subcommittee's probe began in the summer, and so far has focused on the role e-cigarette maker Juul Labs Inc played in what the panel's chairman, Representative Raja Krishnamoorthi, an Illinois Democrat, has called a "youth vaping epidemic."

At Tuesday's hearing Representative Mark DeSaulnier, a Democrat from California, called Juul "shameless" in terms of the amount of information it has given to lawmakers.

In addition to Juul, in which Altria Group Inc

On Wednesday, health officials from Michigan, North Carolina, Kansas and Massachusetts will appear before the Energy and Commerce Health subcommittee along with Schuchat and the FDA's Norman Sharpless.

The FDA has warned Juul that it violated regulations because it marketed its vaping products as less risky than traditional cigarettes.

The popularity of e-cigarettes has now grown to the point where one in four 12th-graders reported vaping a nicotine product during the previous 30 days. It is nearly one in 10 for 8th-graders, a study https://reut.rs/2lsYZoO by the University of Michigan in Ann Arbor reported last week.