By David Shepardson WASHINGTON (Reuters) - U.S. land borders with Canada and Mexico are expected to remain closed to non-essential travel until Dec. 21 at the earliest amid a rising number of U.S. 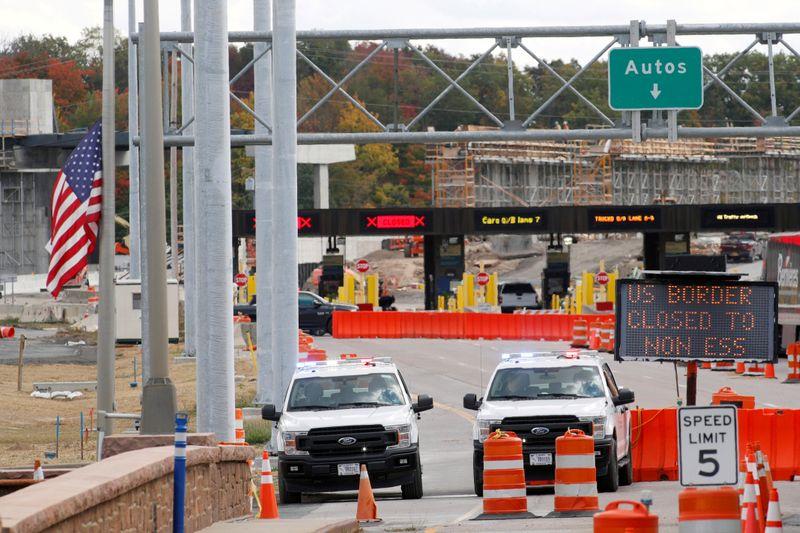 WASHINGTON (Reuters) - U.S. land borders with Canada and Mexico are expected to remain closed to non-essential travel until Dec. 21 at the earliest amid a rising number of U.S. coronavirus cases, officials in Washington and Ottawa told Reuters on Wednesday.

The current restrictions expire on Saturday and the three countries were expected to approve another 30-day extension, officials said.

The United States leads the world in COVID-19 cases and deaths, and cases are rising in all three countries.

The restrictions were first put in place in March to control the spread of the virus and have been extended on a monthly basis ever since.

"After reviewing the development of the spread of COVID-19 in both countries ... Mexico proposed to the United States extending for one more month the restrictions on non-essential land crossings over their shared border," Mexico's Foreign Ministry said.

In Ottawa, a Canadian government source said the travel restrictions in place at the Canada-U.S. land border would remain in effect for at least another month.

A U.S. Department of Homeland Security official told Reuters the agency was "continuing to look at appropriate public health criteria for a future re-evaluation of existing restrictions".

The restrictions are particularly painful for U.S. and Canadian towns along the border that are tightly intertwined.

Statistics Canada said earlier that U.S. visits to Canada by automobile had plummeted by more than 95% in August from August 2019.