By Arshad Mohammed WASHINGTON (Reuters) - The United States imposed terrorism sanctions on Iran's envoy to the Houthis on Tuesday, a step possibly aimed at pressuring the group to reach an accord to end the five-year war in Yemen. The U.S. 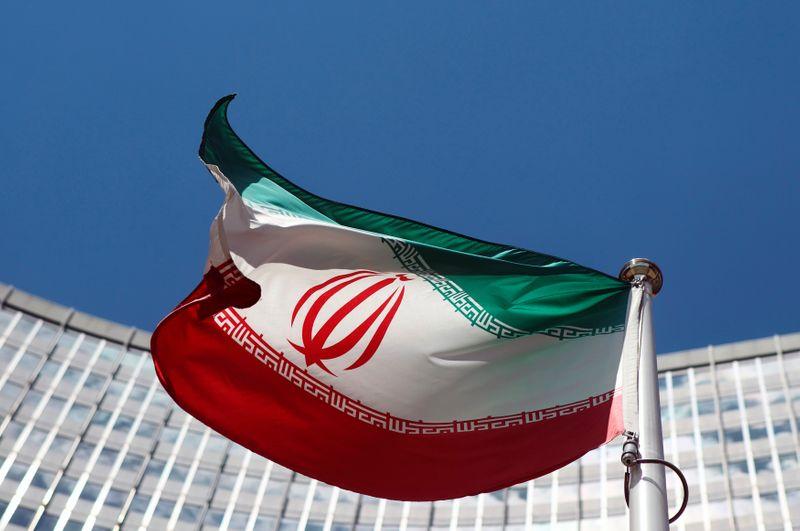 WASHINGTON (Reuters) - The United States imposed terrorism sanctions on Iran's envoy to the Houthis on Tuesday, a step possibly aimed at pressuring the group to reach an accord to end the five-year war in Yemen.

The U.S. Treasury described Hasan Irlu as an official of Iran's elite Quds Force, the overseas arm of the Iran's Islamic Revolutionary Guard Corps and a pillar of Iranian efforts to project its power in Yemen, Syria and elsewhere.

It also imposed sanctions on Yousef Ali Muraj, an Iran-based Pakistani the Treasury accused of supporting Quds Force efforts to carry out operations in the Middle East and the United States.

Irlu, Muraj and the university were all targeted under U.S. Executive Order 13224, which allows Washington to block the assets of foreign individuals and entities that commit, or pose a significant risk of committing, acts of terrorism.

The Quds Force is itself a U.S.-designated foreign terrorist organization.

The decision to target Irlu appears in part a signal to the Iran-backed Houthis, who have been battling a Saudi-led military coalition in Yemen since 2015.

The United Nations is trying to revive peace talks stalled since late 2018 to end a war that has been in a military deadlock for years, with the Houthis holding the capital, Sanaa, and most big urban centers.

Washington and Saudi Arabia see the Yemeni group as an extension of Iranian influence in the region. Two sources familiar with the matter told Reuters last month that U.S. President Donald Trump's administration, in an effort to support the Saudis, had threatened to blacklist the Houthi movement.

Kirsten Fontenrose, a former White House National Security Council Gulf expert now at the Atlantic Council think tank, described the sanction as partly a warning to the Houthis that they may be next.

"Come to the table, have these political talks in seriousness, and recognize that this designation is on your doorstep," she said of the U.S. message to the Houthis. "We are taking another step closer."

Jon Alterman of Washington's CSIS think tank said that might be the intent but was skeptical it would work.

"They may have a theory that this is going to change the strategic calculations of the Houthis, but if the Houthis are strategic, and I think they are, they are not much affected by what the administration does on its way out the door," he said.

As a result of Tuesday's action, all property of those designated, as well as of any entities 50% or more owned by them, that fall under U.S. jurisdiction are blocked, and U.S persons are generally prohibited from dealing with them.

In addition, foreign banks that knowingly facilitate significant transactions for them, or people who provide material support to them, risk losing access to the U.S. financial system or having their own property blocked.