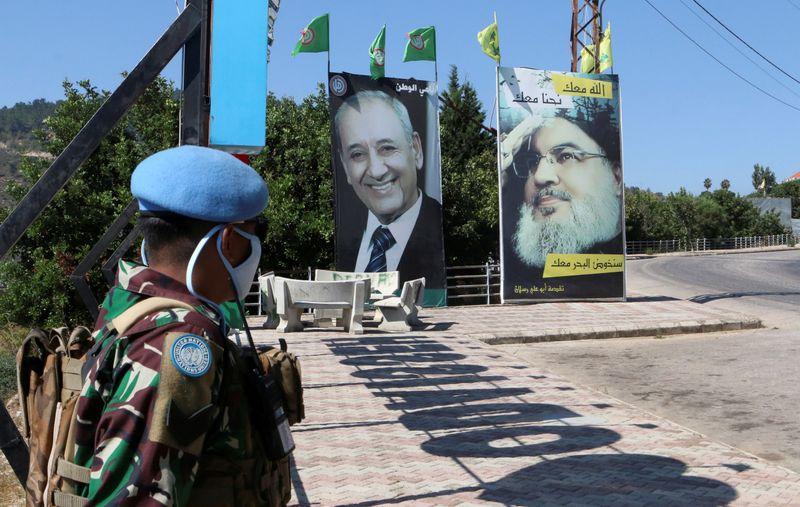 By Humeyra Pamuk and Daphne Psaledakis

In a statement, the U.S. Treasury Department said it had designated former Lebanese Transport Minister Yusuf Finyanus and former Finance Minister Ali Hassan Khalil for engaging in corruption and leveraging their political power for financial gain.

"Finyanus and Khalil were involved in directing political and economic favors to Hezbollah and involved in some of the corruption that made Hezbollah's work possible in Lebanon," David Schenker, a senior State Department official for the Middle East, told a briefing call.

"This should be a message both to those who cooperate with Hezbollah, those who enable Hezbollah, but also Lebanon's political leaders," Schenker said. He added that "everyone should absolutely expect" more sanctions.

The Wall Street Journal in August reported that some U.S. officials wanted to designate Gebran Bassil, the son-in-law of President Michel Aoun and a former foreign minister who heads the largest Christian political bloc in the sectarian power-sharing system.

Asked by reporters if Bassil and Riad Salama, Lebanon's central bank governor, were next to be sanctioned, both Schenker and senior U.S. government officials declined to comment.

Mohanad Hage Ali, a fellow at Carnegie Middle East Center described the U.S. move as one to give a message to Lebanon's current political establishment. "This is a kill the chickens to scare the monkey situation, where second rank members of the political elite are placed under sanctions to get things moving on the political level," he said.

Tuesday's sanctions freeze any U.S. assets of the two blacklisted and generally bars Americans from dealing with them.

Heavily armed group Hezbollah has risen to become the overarching power in a country that is now badly struggling under a series of crises.

Lebanon's banks are paralyzed, its currency has crashed and sectarian tensions are rising. A port blast last month smashed a large swath of Beirut, killing more than 190 people and causing huge economic damage.

U.S. officials said Washington was coordinating with France on Lebanon but voiced criticism over a recent meeting French President Emmanuel Macron held in Beirut with Lebanese politicians, including a member of Hezbollah, seen as a terrorist organization by the United States.

"We don't believe that people should be meeting, attempting to legitimate or otherwise these organizations or individuals. That said ... we think that the French initiative has a lot of merit."

Macron, whose pressure prompted Lebanon's bickering leaders to agree on a new prime minister, has spearheaded international efforts to set Lebanon on a new course after decades of corrupt rule led to its deepest crisis since the 1975-1990 civil war.