U.S. blacklisting of Yemen's Houthis to be lifted on Feb. 16 - Blinken 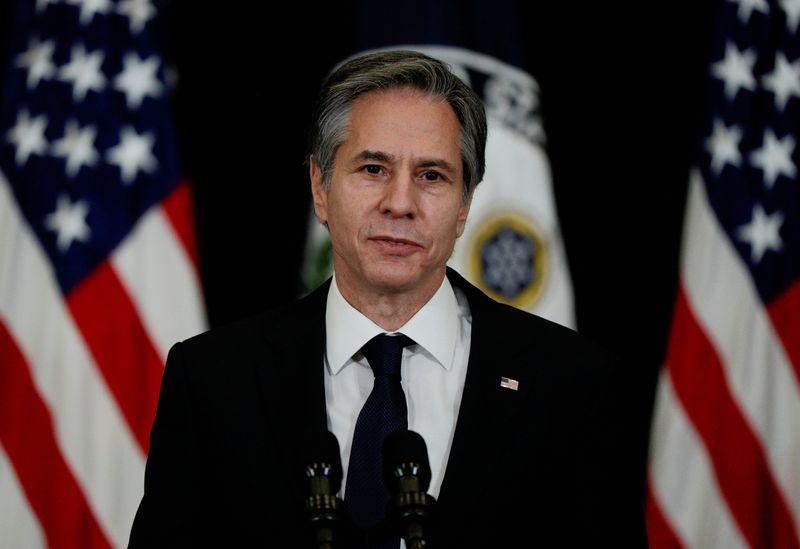 The decision, reversing the former Trump administration's blacklisting of the Houthis, is part of a policy shift by U.S. President Joe Biden aimed at easing the world's worst humanitarian crisis and intensifying diplomacy to end Yemen's gruelling civil war.

"This decision is a recognition of the dire humanitarian situation in Yemen," Blinken said in a statement.

The Biden administration, other governments, the United Nations and aid organizations shared fears that the sanctions imposed on the Houthis under the designations could strangle food deliveries just as the threat of major famine is rising.

Blinken, however, appeared to signal limits to U.S. tolerance of the Houthi movement. He said three of its leaders - Abdul Malik al-Houthi, Abd al-Khaliq Badr al-Houthi and Abdullah Yahya al-Hakim - will remain subject to U.S. sanctions.

He also said Washington would continue to "closely monitor" the activities of the movement and its leaders and is "actively identifying" new sanctions targets, especially those responsible for attacks on commercial shipping in the Red Sea and missile strikes on Saudi Arabia.