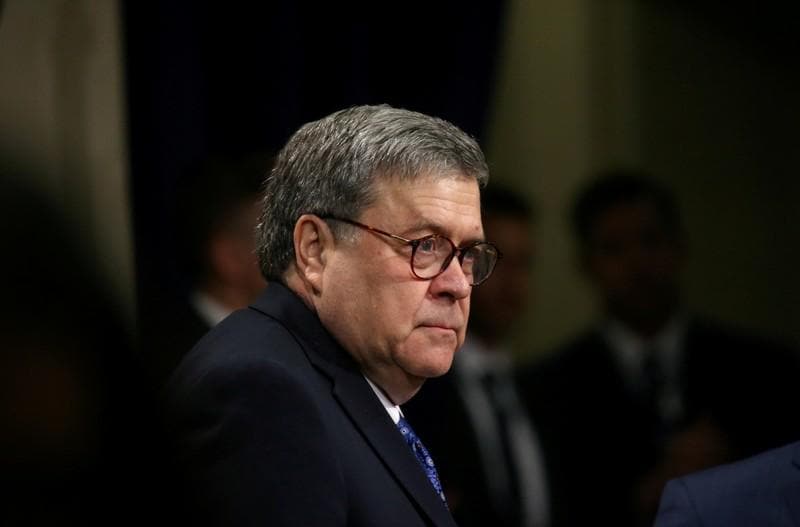 Kathleen Hawk Sawyer, a veteran of the Bureau of Prisons, will return to the agency to serve as its director, Barr said. He named another former agency official, Thomas Kane, to serve as her deputy.

Epstein was arrested on July 6 and pleaded not guilty to charges of sex trafficking involving dozens of underage girls as young as 14. He died on Aug. 10 in his jail cell, and an autopsy report released on Friday concluded he hanged himself.

Just two days before, Epstein had signed a will placing all of his property, worth more than $577 million, in a trust called The 1953 Trust after the year of his birth, according to a copy of the document seen by Reuters.

The will was filed on Thursday in Superior Court of the U.S. Virgin Islands, where Epstein was domiciled, according to a stamp on the document and a statement sent to Reuters on behalf of Epstein's estate.

According to the petition to the court, Epstein's personal property included some $56 million in cash, $18 million in planes, cars and boats, and nearly $200 million in hedge funds and private equity investments.

He also owned shares of a corporation valued at nearly $56 million that holds title to a home on East 71st street in Manhattan, and others that hold title to a $17 million property in New Mexico, and a $12 million home in Palm Beach.

In a statement on behalf of the estate, William Blum, counsel for the will's executors, said that appropriate procedures would be implemented to ensure that assets are properly managed and that claims against the estate are “fairly administered.”

Calls to the court were not returned.

Prosecutors asked a federal judge on Monday to dismiss the criminal case against Epstein, a standard procedure when a defendant dies. The dismissal has no effect on their investigation into people who may have conspired with Epstein.

The government "remains committed to doing its utmost to stand up for the victims who have already come forward, as well as for the many others who have yet to do so," U.S. Attorney Geoffrey Berman said in a letter to the judge.

Epstein had been on suicide watch at the Metropolitan Correctional Center (MCC) in lower Manhattan but was taken off prior to his death, a source who was not authorized to speak on the matter previously told Reuters. Two jail guards are required to make separate checks on all prisoners every 30 minutes, but that procedure was not followed, the source added.

His death at the triggered multiple investigations and had prompted Barr to criticise "serious irregularities" at the facility.

"During this critical juncture, I am confident Dr. Hawk Sawyer and Dr. Kane will lead BOP with the competence, skill, and resourcefulness they have embodied throughout their government careers," Barr said in a statement.

Barr previously ordered the reassignment of the warden at the MCC. Two corrections officers assigned to Epstein's unit were placed on administrative leave pending investigations.

Lawyers for Epstein did not immediately respond to requests for comment on Monday.

His lawyers had said in a statement last week that they were "not satisfied" with the medical examiner's conclusions and planned to carry out their own investigation, seeking prison videos taken around the time of his death.

Epstein, a registered sex offender who once socialized with U.S. President Donald Trump and former President Bill Clinton, pleaded guilty in 2008 to Florida state charges of unlawfully paying a teenage girl for sex and was sentenced to 13 months in a county jail, a deal widely criticized as too lenient.

Senator Ben Sasse, the Republican chairman of the Senate Judiciary Oversight Subcommittee, has urged Barr to void the agreement and said that "heads must roll" after Epstein's death.

"This is a good start, but it's not the end," Sasse said of Barr's announcement. "Jeffrey Epstein should still be in a padded cell and under constant surveillance, but the justice system has failed Epstein's victims at every turn."