By Jonathan Allen and Peter Szekely (Reuters) - A U.S. appeals court on Thursday paved the way for a planned federal execution by tossing out a ruling that said the Justice Department's new lethal injection protocol violated drug safety laws. In a brief order, a three-judge panel of the U.S 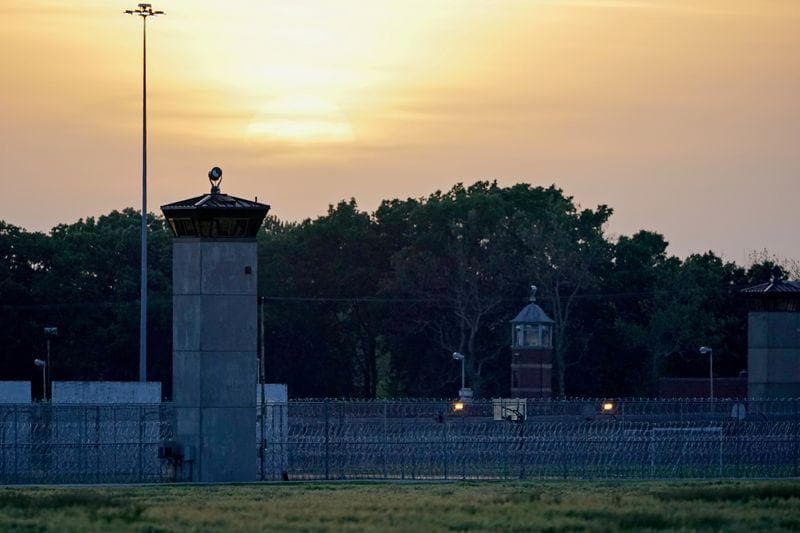 By Jonathan Allen and Peter Szekely

(Reuters) - A U.S. appeals court on Thursday paved the way for a planned federal execution by tossing out a ruling that said the Justice Department's new lethal injection protocol violated drug safety laws.

In a brief order, a three-judge panel of the U.S. Court of Appeals for the District of Columbia Circuit said the lower court judge had made "insufficient findings and conclusions" in blocking the execution of Keith Nelson.

Since resuming federal executions after a 17-year hiatus in July, the Department of Justice has been injecting condemned inmates with lethal doses of pentobarbital, a highly regulated barbiturate. The department executed three murderers in July and a fourth on Thursday and had planned to execute Nelson on Friday.

Earlier on Thursday, Judge Tanya Chutkan of the U.S. District Court in Washington ruled that the department was breaking the Food, Drug, and Cosmetic Act (FDCA) by administering pentobarbital without a medical practitioner's prescription, agreeing with death row inmates who sued the government.

"Where the government argues that a lethal injection drug is legally and constitutionally permissible because it will ensure a 'humane' death, it cannot then disclaim a responsibility to comply with federal statutes enacted to ensure that the drugs operate humanely," Chutkan wrote in a 13-page opinion.

Because pharmaceutical companies refuse to sell pentobarbital for executions, the Justice Department is instead paying a so-called compounding pharmacy in secret to make small batches of the drug.

Chutkan ruled that this also violated the FDCA, which forbids pharmacists from making copies of drugs already available on the market.

Justice Department lawyers asked the U.S. Court of Appeals for the District of Columbia Circuit to overturn Chutkan's ruling.

That court has previously ruled that execution drugs are at least partly governed by drug safety laws. In 2013, it upheld an order binding the U.S. Food and Drug Administration that stopped imports of sodium thiopental that were headed to state execution chambers.

Prior to July, there had been only three federal executions since 1963, all between 2001 and 2003, all using sodium thiopental. As supplies of that drug vanished, Texas, Missouri and other states that use capital punishment switched to pentobarbital and the Justice Department announced last year it would follow suit.

Chutkan ruled that Nelson's execution by lethal injection could proceed if the Justice Department avoided copying FDA-approved drugs and had a physician-issued prescription in the prisoner's name. The American Medical Association and other clinicians' groups have said enabling an execution is against medical ethics.

"The government got caught taking shortcuts and the district court ruled that they cannot make an end-run around the law," Dale Baich, a lawyer for Nelson, said in a statement. "Here, the government made a choice to use compounded drugs and in so doing was taking a risk that it would violate the FDCA."

The Justice Department has said it is necessary to promise secrecy to its pentobarbital suppliers. Soon after President Donald Trump's inauguration in 2017, the department spent two years building a small network of companies to make and test the drug, a Reuters investigation found.

Nelson, convicted of raping and murdering 10-year-old Pamela Butler in Kansas in 1999, is one of 16 inmates on federal death row in Terre Haute, Indiana, who sued the Justice Department over its lethal injection protocol.

Chutkan issued orders blocking the inmates' executions while the litigation continued. The orders were swiftly overturned by the U.S. Supreme Court earlier this year, and three of the plaintiffs have since been executed.