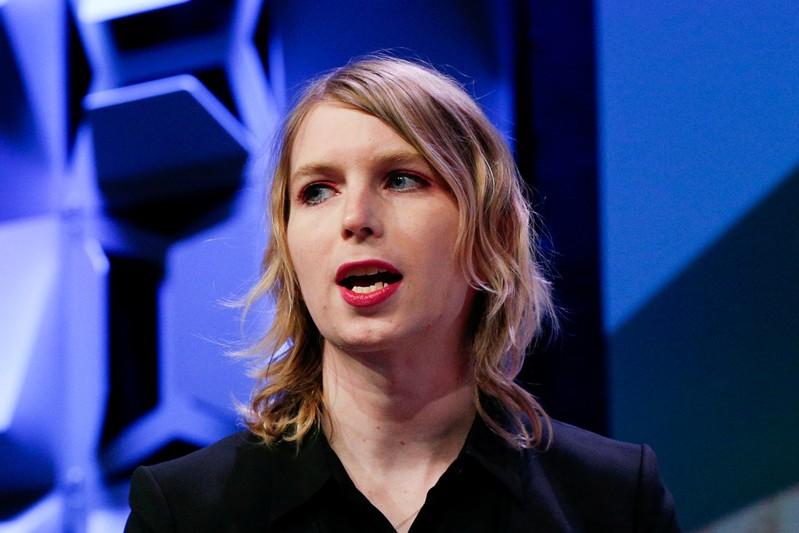 WASHINGTON (Reuters) - A federal appeals court on Monday denied a request by former U.S. Army intelligence analyst Chelsea Manning to be released from jail on bail, and upheld a lower court's decision to hold Manning in civil contempt for refusing to testify before a grand jury.

The ruling marks a blow for Manning, who has been detained since March after she declined to answer questions in connection with the government’s long-running investigation into Wikileaks and its founder Julian Assange.

A spokesman for Manning and Manning's attorney could not be immediately reached for comment.

Assange was arrested on April 11 at the Ecuadorean Embassy in London, after U.S. prosecutors in the Eastern District of Virginia unsealed a criminal case against him alleging he conspired with Manning to commit computer intrusion.

The Justice Department said Assange was arrested under an extradition treaty between the United States and Britain.

The U.S. government alleges that Assange tried to help Manning gain access to a government computer as part of a 2010 leak by WikiLeaks of hundreds of thousands of U.S. military reports about the wars in Afghanistan and Iraq and American diplomatic communications.

It is not clear if the alleged collaboration between Manning and Assange led to a successful intrusion into any U.S. government computer.

Assange plans to fight the U.S. extradition request. Such cases, when challenged, can take years before they are resolved.

Manning was convicted by court-martial in 2013 of espionage and other offenses for furnishing more than 700,000 documents, videos, diplomatic cables and battlefield accounts to WikiLeaks while she was an intelligence analyst in Iraq.

Manning has tried to fight the grand jury subpoena in the Assange case, citing her First, Fourth and Sixth Amendment rights under the Constitution.

Her attorneys said among other things that the district court had failed to address her concerns that the government was abusing the grand jury process so it could preview or undermine her testimony as a potential defense witness at a trial.

Her lawyers have also argued that the courtroom was improperly sealed during substantial portions of the hearing.

But a three-judge panel of the U.S. Court of Appeals for the Fourth Circuit did not agree with those claims.

"The court finds no error in the district court’s rulings and affirms its finding of civil contempt," they wrote.