By David Shepardson and Ben Blanchard WASHINGTON/BEIJING (Reuters) - The three biggest U.S. airlines changed how they refer to self-ruled Taiwan on their websites to avoid Chinese penalties ahead of a Wednesday deadline - revisions Beijing described as 'positive developments.' Earlier this year, China demanded that foreign firms, and airlines in particular, not refer to Taiwan as a non-Chinese territory on their websites 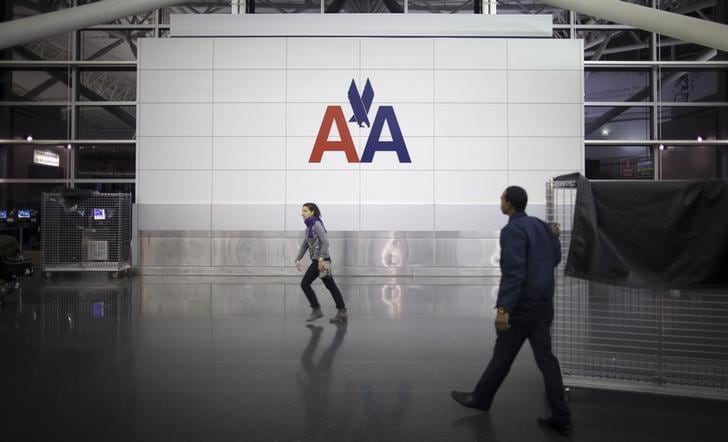 By David Shepardson and Ben Blanchard

WASHINGTON/BEIJING (Reuters) - The three biggest U.S. airlines changed how they refer to self-ruled Taiwan on their websites to avoid Chinese penalties ahead of a Wednesday deadline - revisions Beijing described as "positive developments."

Earlier this year, China demanded that foreign firms, and airlines in particular, not refer to Taiwan as a non-Chinese territory on their websites. The White House in May slammed the demand as "Orwellian nonsense."

Beijing set a final deadline of July 25 for the changes and last month rejected U.S. requests for talks on the matter, adding to tension in relations already frayed by an escalating trade conflict.

Taiwan is China's most sensitive territorial issue. Beijing considers the island a wayward province of "one China."

A check of all three airlines' websites on Wednesday morning showed they now list only Taipei's airport code and city, but not the name Taiwan.

"China is willing to share China's development opportunities with foreign companies and welcomes them to invest in and operate in China," Chinese Foreign Ministry spokesman Geng Shuang said at a regular news briefing in Beijing on Wednesday.

"Of course we hope that when they operate in China they respect China's laws and rules, China's sovereignty and territorial integrity and the feelings of the Chinese people."

The White House in May had issued a blistering statement calling on China "to stop threatening and coercing American carriers and citizens" and added that President Donald Trump "will stand up for Americans resisting efforts by the Chinese Communist Party to impose Chinese political correctness on American companies and citizens."

The U.S. State Department on Wednesday declined to comment, but a State Department official reiterated it "strongly objects to China’s attempts to compel private firms to use specific language of a political nature in their publicly available content." The official added that the government "has not told U.S. airlines how to respond to China."

Taiwan's foreign ministry on Wednesday said it "most severely" condemned the Chinese government's use of political power to "crudely and unreasonably interfere with private commercial activity and international companies' operations."

It was unclear how China might punish airlines that do not comply, but in December it added a clause to rules governing foreign airlines saying regulators could change a company's permit if it did not meet "the demand of public interest."

American Airlines spokeswoman Shannon Gilson said on Tuesday the firm had implemented the changes at China's request in line with other carriers. "Air travel is global business, and we abide by the rules in countries where we operate," she said.

United spokesman Frank Benenati confirmed the airline made the website changes on Wednesday and said it "abides by and respects local laws and regulations in all markets and jurisdictions where we operate and conduct business."