U.S. agency to extend some benefits to unpaid airport screeners

By David Shepardson WASHINGTON (Reuters) - The U.S. Transportation Security Administration said on Wednesday it will extend some benefits to 51,000 airport security screeners who are not being paid during a partial government shutdown and are looking for ways to offer some financial assistance 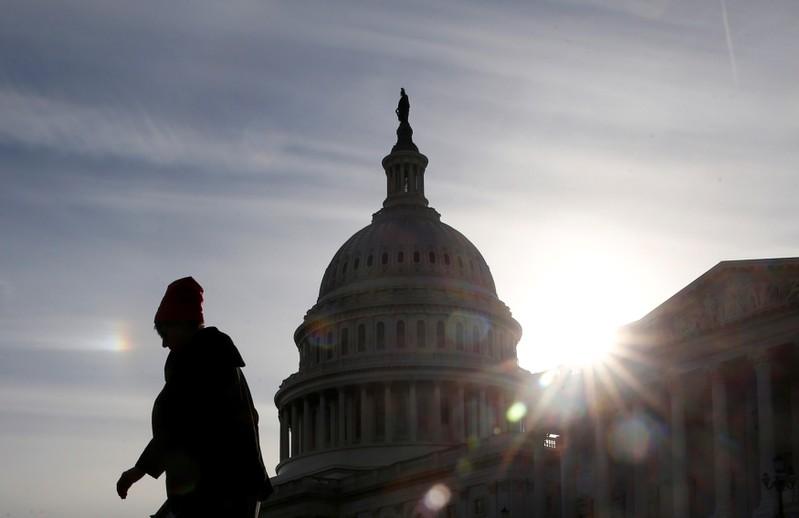 WASHINGTON (Reuters) - The U.S. Transportation Security Administration said on Wednesday it will extend some benefits to 51,000 airport security screeners who are not being paid during a partial government shutdown and are looking for ways to offer some financial assistance.

TSA Administrator David Pekoske said on Twitter that the agency "found funding to continue providing TSA employees with parking and transit benefits for the coming month."

A standoff between President Donald Trump and congressional Democrats over his demand for funding for a U.S.-Mexico border wall triggered a partial government shutdown on Dec. 22, leaving 800,000 federal workers on furlough or working without pay.

Democrats in Congress have noted that TSA officers are among the lowest paid federal employees and many have limited financial means. TSA employees will be paid once the shutdown ends.

The TSA said on Monday that unscheduled absences among U.S. airport security officers rose to a record 10 percent on Sunday, but have fallen slightly in recent days.

On Tuesday, unscheduled absences were 7.4 percent, TSA said. TSA says "many employees are reporting that they are not able to report to work due to financial limitations."

The TSA said it screened 1.8 million passengers on Tuesday and 99.9 percent of passengers waited less than 30 minutes to complete screening, the standard wait time.

The TSA on Wednesday confirmed a CNN report it was seeking 250 volunteer TSA officers to join a backup force to help staff airports with higher than average absences or special needs like the upcoming Super Bowl weekend in Atlanta. A previous call resulted in an additional 160 volunteers for the national deployment team.

"In recent weeks, we have been encouraged by the number of committed TSA men and women who have volunteered to serve across the country," TSA spokesman James Gregory said.