By Michelle Nichols UNITED NATIONS (Reuters) - The United Nations Security Council is due to vote on Friday to endorse a ceasefire agreed by the warring parties in Yemen's Hodeidah region and authorise an advance U.N. 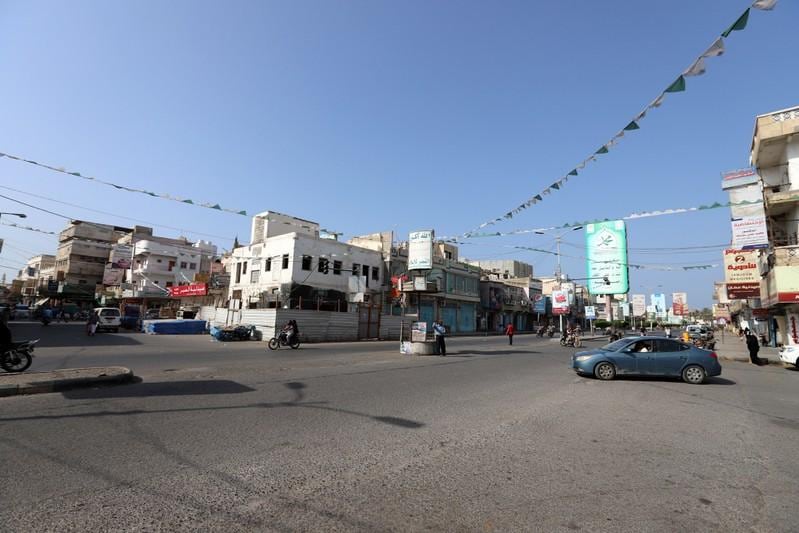 UNITED NATIONS (Reuters) - The United Nations Security Council is due to vote on Friday to endorse a ceasefire agreed by the warring parties in Yemen's Hodeidah region and authorise an advance U.N. team to begin monitoring the deal, diplomats said.

The 15-member council has spent several days wrangling over a British-drafted text and the United States, unhappy with Britain's efforts, came up with its own version on Thursday. The council will vote on Britain's draft and Washington is not expected to put its text to a vote, diplomats said.

The U.S. mission to the United Nations did not immediately respond to a request for comment.

"It is rather unusual to see similar but competing drafts put forward by allies, rather than suggesting amendments to existing drafts. But these are unusual times," said a senior U.N. diplomat, speaking on condition of anonymity.

"Our focus must be on getting swift adoption to support U.N. efforts and the agreement between the parties," the diplomat said. A resolution needs nine votes in favour and no vetoes by Russia, China, the United States, France or Britain to pass.

After a week of U.N.-sponsored peace talks in Sweden, the Iranian-aligned Houthi group and Saudi-backed Yemen government foes agreed last week to stop fighting in the Red Sea city of Hodeidah and withdraw forces. The truce began on Tuesday.

The draft resolution, seen by Reuters, authorizes U.N. Secretary-General Antonio Guterres to deploy - for an initial 30 days - an advance team to begin monitoring and to support and facilitate the deal between the warring parties.

It also asks Guterres to submit proposals by the end of the month on substantive monitoring operations for the ceasefire and mutual redeployment of forces; support for the management of and inspections at the ports of Hodeidah, Salif and Ras Issa; and strengthening of the U.N. presence in the Hodeidah region.

Guterres would report weekly to the Security Council on implementation of the deal, according to the draft resolution.

The text condemns "the supply, from whatever source, of weapons and associated materiel in contravention of the arms embargo." The United States had wanted to name Iran, but Russia objected, diplomats said. Iran has repeatedly denied accusations that it has supplied weapons to Yemen's Houthis.

The conflict has pushed impoverished Yemen to the verge of famine, and millions of people rely on food aid. More than 80 percent of Yemen's imports used to come through Hodeidah port, but that has slowed to a trickle.

The draft resolution "calls on the government of Yemen and the Houthis to remove bureaucratic impediments to flows of commercial and humanitarian supplies, including fuel, and on the parties to ensure effective and sustained functioning of all of Yemen's ports."

The text circulated to council members by the United States - and seen by Reuters - mirrored the British language focused on the ceasefire deal and authorizing U.N. support. However, Washington had stripped out language on the humanitarian crisis.