U.N. Security Council to vote on rival calls for truce in Syria's Idlib

By Michelle Nichols UNITED NATIONS (Reuters) - The United Nations Security Council is due to vote on Thursday on rival draft resolutions that call for a truce in northwest Syria after Russia and China put forward their own text in response to a proposal by Kuwait, Germany and Belgium. Syria's northwest corner, including the Idlib region, is the last major chunk of territory still in rebel hands after more than eight years of war. In that time Russia has vetoed a dozen draft Security Council resolutions to protect its ally, Syrian President Bashar al-Assad 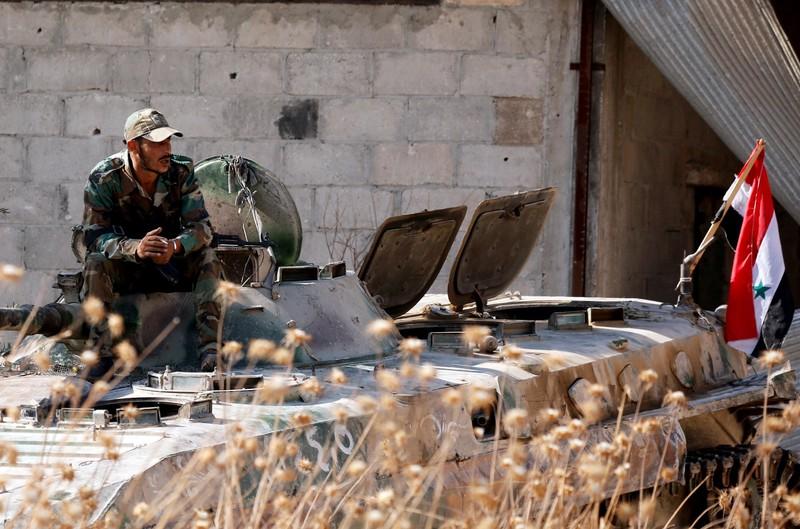 UNITED NATIONS (Reuters) - The United Nations Security Council is due to vote on Thursday on rival draft resolutions that call for a truce in northwest Syria after Russia and China put forward their own text in response to a proposal by Kuwait, Germany and Belgium.

Syria's northwest corner, including the Idlib region, is the last major chunk of territory still in rebel hands after more than eight years of war. In that time Russia has vetoed a dozen draft Security Council resolutions to protect its ally, Syrian President Bashar al-Assad.

Experts from the council's 15 members have met three times to negotiate on the latest text drafted by Kuwait, Germany and Belgium last month. A resolution needs nine votes and no vetoes by Russia, China, France, Britain or the United States to pass.

Diplomats, speaking on condition of anonymity, said Russia wanted language to be included in the resolution that would exempt from the truce military offensives against armed groups blacklisted by the Security Council.

But the United States and others refused, diplomats said. The draft instead demands "member states ensure that all measures taken to counter terrorism, including in Idlib Governorate, comply with their obligations under international law."

Western states have accused Russian and Syrian forces of targeting civilians, a charge they deny. They say they are targeting militants including the Nusra Front, a jihadist group known today as Hayat Tahrir al-Sham, which was linked to al Qaeda and controls much of northwest Syria.

Russia and China put forward their own U.N. text on Wednesday that "reaffirms that the cessation of hostilities shall not apply to military operations against individuals, groups, undertakings and entities associated with terrorist groups, as designated by the Security Council." The text was seen by Reuters.

China and Russia asked for their text to also be voted on by the council on Thursday, diplomats said.

Assad's forces, backed by Russian air power, have been waging a five-month-long offensive in the Idlib region.

Shortly after the draft U.N. resolution was proposed by Kuwait, Germany and Belgium, Damascus declared a truce on Aug. 31 that brought a lull in air strikes. However, Syrian troops on Sunday shelled south of Idlib, according to rescuers and residents.

The United Nations said that since the start of hostilities in northwest Syria in April, more than 550 civilians have been killed and some 400,000 people displaced. Almost half of the displaced people are living in open-air areas or under trees.

The leaders of Turkey, Russia and Iran meeting in Ankara on Monday agreed to try to ease tensions in the Idlib region, but disagreements between the countries appeared to linger, especially over the threat from Islamic State.

U.N Secretary-General Antonio Guterres announced last month that the world body would investigate attacks on U.N.-supported facilities and other humanitarian sites in northwest Syria. Russia and Syria have said their forces are not targeting civilians or civilian infrastructure.

The locations of the U.N.-supported facilities and other humanitarian sites like hospitals and health centres had been shared with the warring parties in a bid to protect them. However, the United Nations has questioned whether it made them a target.