GENEVA (Reuters) - The U.N. human rights office said on Friday that the images of the shooting of Black man Jacob Blake in Wisconsin appeared to show that the police officer had used 'excessive' force that was likely discriminatory in nature. Sunday's shooting, captured on video, showed Blake was shot in the back by a white police officer as three of his young children watched. 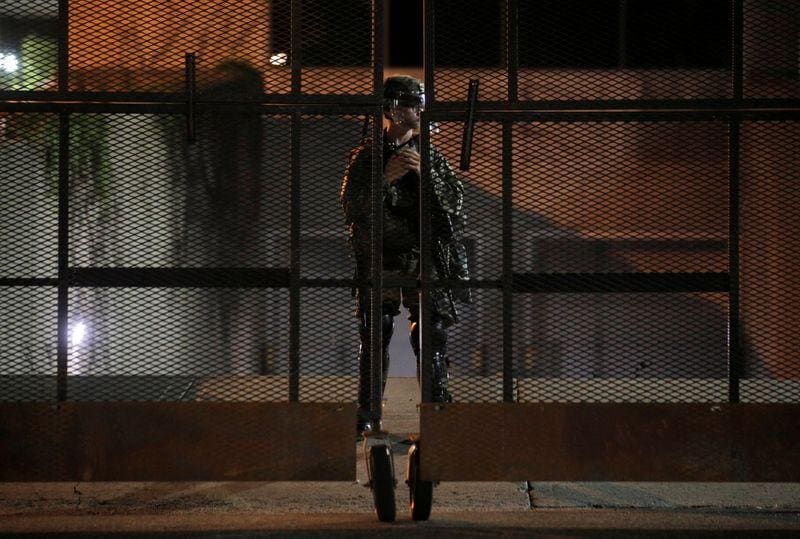 GENEVA (Reuters) - The U.N. human rights office said on Friday that the images of the shooting of Black man Jacob Blake in Wisconsin appeared to show that the police officer had used "excessive" force that was likely discriminatory in nature.

Sunday's shooting, captured on video, showed Blake was shot in the back by a white police officer as three of his young children watched. The footage has gone viral and set off angry protests.

"From the images available that we've seen at this point, the police appear to have used force against Jacob Blake that would seem to be excessive," Rupert Colville said at a virtual briefing in Geneva, saying the use of force did not appear to comply with international standards.

"It also seems highly possible that the force used against Blake could be discriminatory in nature," he added.

Colville is the spokesman for the U.N. Office of the High Commissioner for Human Rights Michelle Bachelet whose voice carries moral authority, although her office cannot force states to comply with its recommendations.

The shooting of Blake has triggered unrest in Kenosha, Wisconsin, with a teenager shooting three demonstrators including two fatally on Tuesday night.

Asked to comment on the incident, Colville described it as an unfortunate example of "insufficient and lax" gun control measures in the United States, saying it has issued repeated warnings to prevent such events.

"It should be inconceivable to have a 17-year old running out with an automatic rifle in a position to shoot people in such a tense situation," he added.