U.N. concerned by U.S. curbs on Iranian foreign minister while in New York 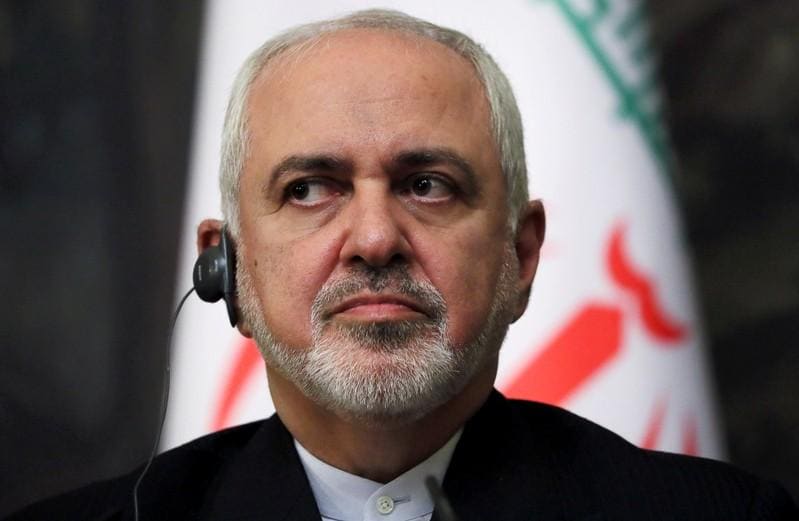 Zarif arrived in New York on Sunday after U.S. Secretary of State Mike Pompeo signed off on the visit amid heightened tensions between the two countries. But Zarif is only allowed to travel between the United Nations, the Iranian U.N. mission, the Iranian U.N. ambassador's residence and New York's John F. Kennedy airport, a U.S. State Department official said.

Late last month Washington threatened to blacklist Zarif, a move that could impede any U.S. effort to use diplomacy to resolve disagreements with Tehran. However, sources have told Reuters that Washington had decided to hold off for now.

Haq told reporters that the U.N. secretariat is "in close contact with the permanent missions of the United States and Iran to the U.N. and has conveyed its concerns to the host country."

"There is no back channel currently going on between the United States and anybody in the Iranian regime. Everything that's being said is being said by the president and the secretary of state publicly," Hook told Fox News Channel.

The United States had restricted Zarif's travel "in a manner that is fully consistent" with its obligations under a 1947 agreement with the United Nations, the U.S. State Department official said.

The official accused Zarif of using U.S. freedoms "to spread malign propaganda" and said Zarif "is a mouthpiece of an autocracy that suppresses free speech."

Despite the travel restrictions, Zarif did interviews on Monday with Britain's BBC and U.S. network NBC at the residence of the Iranian U.N. ambassador on Manhattan's Upper East Side.

Iran Foreign Ministry spokesman Abbas Mousavi said that all of Zarif's meetings, interviews and speeches would be done at the United Nations, the Iranian U.N. mission or the Iranian U.N. ambassador's residence.

"Putting restrictions on his presence in some streets in New York will certainly not effect his work schedule," he said, according to the Islamic Republic News Agency.

Zarif is due to attend a ministerial meeting at the United Nations on sustainable development goals, which aim to tackle issues including conflict, hunger, equality and climate change by 2030.

Iranian diplomats, like the envoys of North Korea, Syria and Cuba, are already confined to a radius of 25 miles from Columbus Circle in Midtown Manhattan.

Under the 1947 U.N. "headquarters agreement," the United States is generally required to allow access to the United Nations for foreign diplomats. But Washington says it can deny visas for "security, terrorism, and foreign policy" reasons.

In April 2014, the United States would not grant a visa to Iran's chosen U.N. ambassador, Hamid Abutalebi, because of his links to the 1979-1981 Tehran hostage crisis when radical students seized the U.S. Embassy and held 52 Americans hostage for 444 days. Abutalebi said he acted only as a translator.

Iran complained to a U.N. committee, but ultimately ended up appointing a new ambassador in early 2015.