By Michelle Nichols UNITED NATIONS/WASHINGTON (Reuters) - U.N. chief Antonio Guterres called on Thursday for debt relief to be offered to all developing and middle-income countries amid the coronavirus pandemic and urged the International Monetary Fund to consider boosting global liquidity by issuing a new allocation of its Special Drawing Rights (SDR) currency. 'Alleviating crushing debt cannot be limited to the Least Developed Countries,' Guterres told a high-level U.N 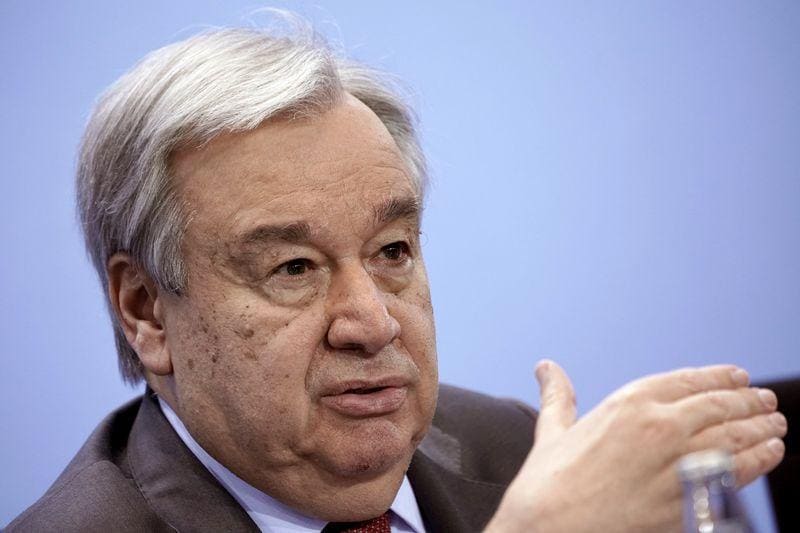 UNITED NATIONS/WASHINGTON (Reuters) - U.N. chief Antonio Guterres called on Thursday for debt relief to be offered to all developing and middle-income countries amid the coronavirus pandemic and urged the International Monetary Fund to consider boosting global liquidity by issuing a new allocation of its Special Drawing Rights (SDR) currency.

"Alleviating crushing debt cannot be limited to the Least Developed Countries," Guterres told a high-level U.N. meeting on the pandemic's economic fallout. "It must be extended to all developing and middle-income countries that request forbearance as they lose access to financial markets."

"Many developing and middle-income countries are highly vulnerable and already in debt distress — or will soon become so, due to the global recession," Guterres said.

The Group of 20 major economies, including China, in April offered to suspend bilateral debt payments by the 77 poorest countries for the rest of the year.

World Bank President David Malpass told the conference that about half of the eligible countries were participating so far, but longer-term debt relief was needed. Many would need a permanent and significant debt reduction to weather the crisis, he said. [nL4N2DA3I0]

The new coronavirus outbreak, which first emerged in China late last year, has infected millions and killed hundreds of thousands of people globally.

At the U.N. meeting on Wednesday, German Chancellor Angela Merkel backed Guterres' call for the IMF to consider an increased SDR allocation. [nS8N2CV05E]

IMF Managing Director Kristalina Georgieva proposed a new SDR allocation - akin to a central bank printing new money - at the start of the crisis, but the proposal has been blocked by the United States, the largest single IMF shareholder.