By Giulia Paravicini and Stephanie Nebehay KINSHASA/GENEVA (Reuters) - The U.N. human rights chief on Friday called on Congolese authorities to halt violence and inflammatory speech ahead of the country's Dec. 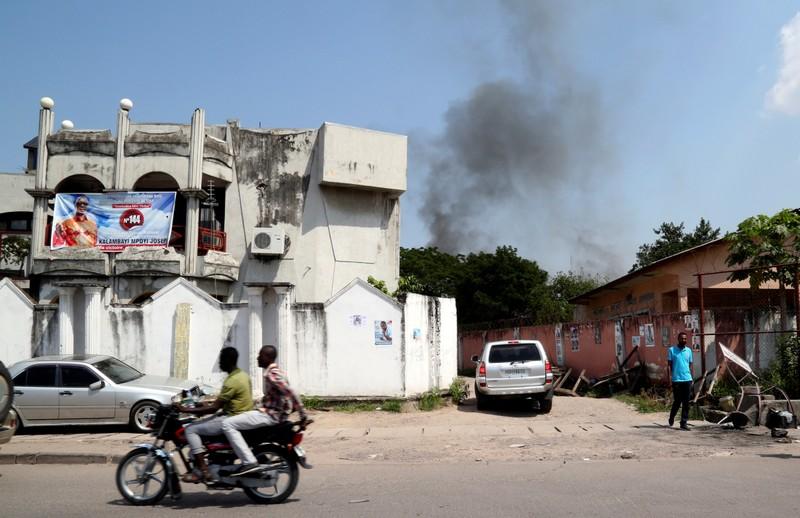 By Giulia Paravicini and Stephanie Nebehay

KINSHASA/GENEVA (Reuters) - The U.N. human rights chief on Friday called on Congolese authorities to halt violence and inflammatory speech ahead of the country's Dec. 23 presidential election, while the government said it was beefing up security for the vote.

Campaigning for the long-delayed poll to choose President Joseph Kabila's successor had been mostly peaceful until this week, when security forces opened fire to disperse opposition gatherings and a fire in the capital Kinshasa destroyed thousands of voting machines and ballot boxes.

The vote could mark Democratic Republic of Congo's first democratic transfer of power, but the violence and chaotic preparations have raised fears of a repeat of the trouble that marred the 2006 and 2011 polls.

“In an already tense electoral environment, I urge the government to send a clear signal that threats and violence against political opponents will not be tolerated,” U.N. human rights chief Michelle Bachelet said in a statement.

“I am deeply worried about the reports of excessive use of force, including live ammunition, by security forces against opposition rallies.”

In a news conference, government spokesman Lambert Mende said the government was reinforcing security, without giving details. He suggested opposition leaders were responsible for the latest violence.

"People known for their extremism, and who have evidently received or given themselves the mission to torpedo and debunk the electoral process, have been working to undermine the process over the past few days," he said.

Fayulu and the other major opposition candidate, Felix Tshisekedi, suggested on Thursday that the government was behind the fire, which they said could serve as a pretext to further delay the election.

Mende said the blaze would have "no impact on the electoral process". Election officials say they are recalling voting machines from the rest of the country to Kinshasa to replace the 80 percent of the capital's machines lost in the fire.

The election to replace the term-limited Kabila was supposed to take place in 2016 but was repeatedly delayed, sparking demonstrations in which security forces killed dozens of protesters.

Over those two years, security has broken down across much of the vast country, particularly its volatile eastern borderlands with Rwanda and Uganda, where dozens of militia groups are active.