Two killed as violence spills from Mexico protest against water flow to U.S.

By Jose Luis Gonzalez LA BOQUILLA DAM, Mexico (Reuters) - Two people died in a gunfight with Mexico's military police near a protest at a dam that diverts water to the United States, the National Guard said on Wednesday, as tensions rose between protesters and officials in the drought-hit region. 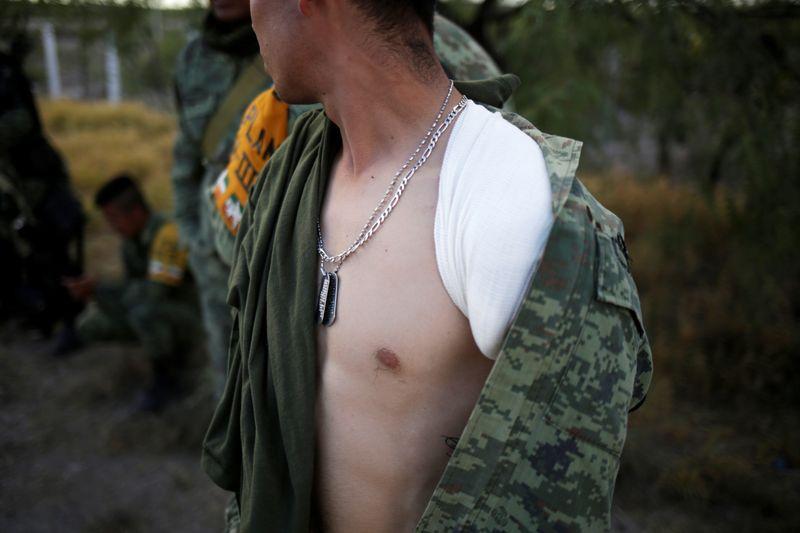 LA BOQUILLA DAM, Mexico (Reuters) - Two people died in a gunfight with Mexico's military police near a protest at a dam that diverts water to the United States, the National Guard said on Wednesday, as tensions rose between protesters and officials in the drought-hit region.

Mexicans in the northern border state of Chihuahua, angry at the water being funneled across the border, on Tuesday evening hurled Molotov cocktails and rocks at security troops, eventually occupying the La Boquilla dam and closing the sluice gates.

The violence, which Mexican President Andres Manuel Lopez Obrador called "regrettable," comes amid plans to divert additional water to the United States due to the so-called 'water debt' Mexico has accumulated as part of a 1944 bilateral treaty that regulates water sharing between the neighbors.

The National Guard said on Twitter that some of its agents from La Boquilla on Tuesday night detained three people found with tear gas and a firearm ammunition magazine, and took them for processing to the city of Delicias.

There, the National Guard unit was shot at and "repelled the aggression," according to the statement. One person died at the scene and another from their injuries later in hospital, it said.

Chihuahua Attorney General Cesar Peniche told reporters that investigators called to the scene found a car hit by at least three bullets. Inside the vehicle, a woman had been killed by gunfire while a man was injured. Local police told investigators that the National Guard had left the scene shortly before, Peniche said.

News channel Milenio named the two killed as Jessica Silva and Jaime Torres, a couple who worked in agriculture and who had protested at La Boquilla.

A Reuters witness said groups of residents in towns surrounding the La Boquilla dam clashed with National Guard troops earlier on Tuesday after they refused to turn off the dam floodgates.

The residents lobbed Molotov cocktails, rocks and sticks at the security forces, who were clad in riot gear and retaliated with tear gas, the witness said and images show. Eventually, the protesters stormed the dam premises and shut the floodgates themselves.

When asked about the situation at his regular news conference on Wednesday, Lopez Obrador said the National Guard had been "prudent" to withdraw to avoid inflaming tensions.

He did not mention the deaths, which the National Guard reported on Twitter after the briefing.

Lopez Obrador has sought to assuage concerns of Mexican farmers and voters about water rights, while protecting delicate relations with the United States.

He has also warned that Mexico could face sanctions if it did not divert water, after building up a deficit in recent years by receiving more water than it has given back.