By Brendan Pierson NEW YORK (Reuters) - Two jail officers falsified records to cover up their failure to check in on accused sex offender Jeffrey Epstein in the hours before the financier killed himself, U.S. prosecutors said on Tuesday 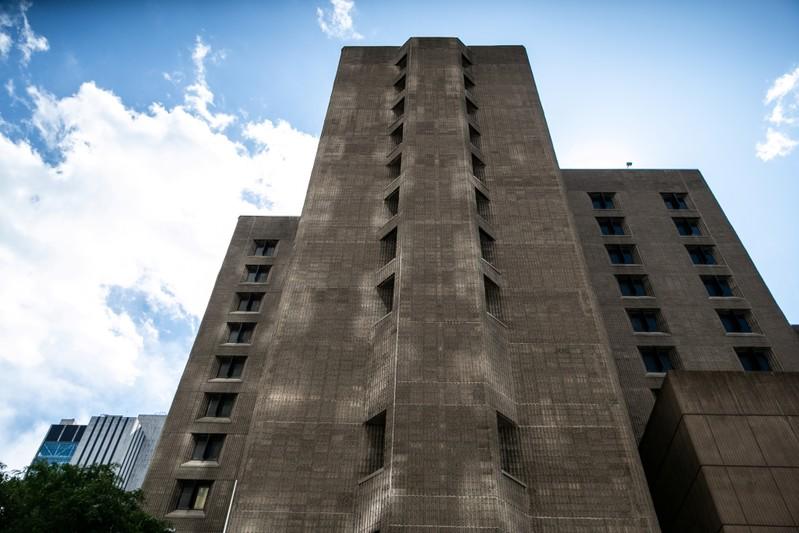 NEW YORK (Reuters) - Two jail officers falsified records to cover up their failure to check in on accused sex offender Jeffrey Epstein in the hours before the financier killed himself, U.S. prosecutors said on Tuesday.

According to an indictment, Tova Noel and Michael Thomas fell asleep and surfed the internet instead of monitoring Epstein, who was found unresponsive on Aug. 10 in his cell at the Metropolitan Correctional Center in downtown Manhattan. An autopsy concluded that Epstein hanged himself.

Epstein's suicide, at age 66, came a little over a month after the well-connected money manager was arrested and charged with trafficking dozens of underage girls as young as 14 from at least 2002 to 2005. He had pleaded not guilty.

In an afternoon hearing, Noel and Thomas pleaded not guilty before U.S. Magistrate Judge Sarah Netburn to charges they falsely certified to having conducted inmate counts during Epstein's final hours, and to a conspiracy charge. They are each expected to be released on bail.

"It is our hope that we will be able to reach a reasonable agreement in this case," Noel's lawyer, Jason Foy, told reporters outside the courthouse, but added that his client was prepared to defend against the charges.

Thomas's lawyer, Montell Figgins, said his client was disappointed that prosecutors had decided to charge him criminally.

"We look forward to our day in court and we hope there will be a positive resolution," he said.

The defendants were the first to be criminally charged in connection with Epstein's death, which embarrassed federal officials because the case had an unusually high profile.

Attorney General William Barr said in August he had been "appalled" to learn of Epstein's death.

Prosecutors are also examining the activities of people who Epstein's accusers say helped him engage in sex trafficking.

No one checked on Epstein in the eight hours before he was found unresponsive in his cell, according to the indictment.

Prosecutors said Noel and Thomas, the only correctional officers on duty in Epstein's unit, appeared to have fallen asleep for two hours during their shift.

Noel spent some of her waking hours surfing the internet for furniture sales and benefit websites, they said, while Thomas looked up websites for motorcycle sales and sports news.

Noel had been a correctional officer in the Manhattan jail since 2016, and Thomas since 2007, prosecutors said.

According to the Federal Bureau of Prisons, which runs the jail, the last inmate suicide there occurred in 2006.

Epstein had been taken off suicide watch shortly before his death.

"Any allegations of misconduct are taken very seriously by the agency and will be responded to appropriately," prison bureau director Kathleen Hawk Sawyer said in a statement. "I am committed to this agency and am confident we will restore the public's trust in us."

Those charges and the related conspiracy charges each carries a maximum five-year prison term.

"The defendants had a duty to ensure the safety and security of federal inmates in their care," U.S. Attorney Geoffrey Berman said in a statement. "Instead, they repeatedly failed to conduct mandated checks on inmates, and lied on official forms to hide their dereliction."

NOTHING 'OTHER THAN A SUICIDE'

Epstein's brother and lawyers who represented him in his criminal case have expressed doubts about the medical examiner's suicide finding.

There was no indication that Epstein's death was "anything other than a suicide," Hawk Sawyer said at a Senate Judiciary Committee hearing on oversight of the prison bureau.

The Federal Bureau of Investigation and the Department of Justice's Office of Inspector General have also been investigating the circumstances of Epstein's death.

Epstein's estate, worth an estimated $577 million, is now the target of civil lawsuits by more than a dozen of his accusers. Executors for the estate have proposed creating a victim compensation fund to resolve the claims.

One of Epstein's accusers has said in a lawsuit that she was forced to have sex with Prince Andrew. The prince has denied that claim.