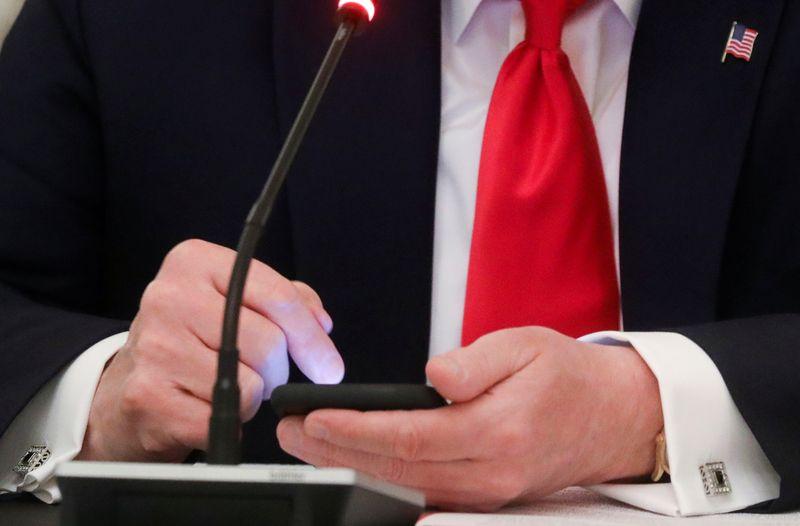 "Because of the new and unprecedented massive amount of unsolicited ballots which will be sent to "voters", or wherever, this year, the Nov 3rd Election result may NEVER BE ACCURATELY DETERMINED, which is what some want. Another election disaster yesterday. Stop Ballot Madness!," Trump tweeted.

The president has in recent months assailed the voting process without evidence, saying it could result in widespread fraud, although millions of Americans, including much of the military, have cast absentee ballots by mail for years without such problems.

The process is seen as a way to limit exposure to the coronavirus, though the system to do so will vary from state to state.

The social network has previously attached labels to tweets posted and shared by the president, including adding fact-checking notices on his tweets.

Twitter had faced fierce scrutiny from the Trump administration in May, when for the first time it prompted readers to check the facts in Trump's tweets about unsubstantiated claims of mail-in voting fraud.

(Reporting by Munsif Vengattil in Bengaluru; Editing by Shailesh Kuber and Arun Koyyur)