BRUSSELS (Reuters) - Britain's Brexit paralysis served as a 'vaccine' against the eurosceptic vote in the European Union's parliamentary elections, European Council President Donald Tusk said on Tuesday. Eurosceptic parties gained in the bloc-wide election last week, but less than expected and pro-EU liberal and green parties have also gained at the expense of the fragmenting centre, according to the latest preliminary results 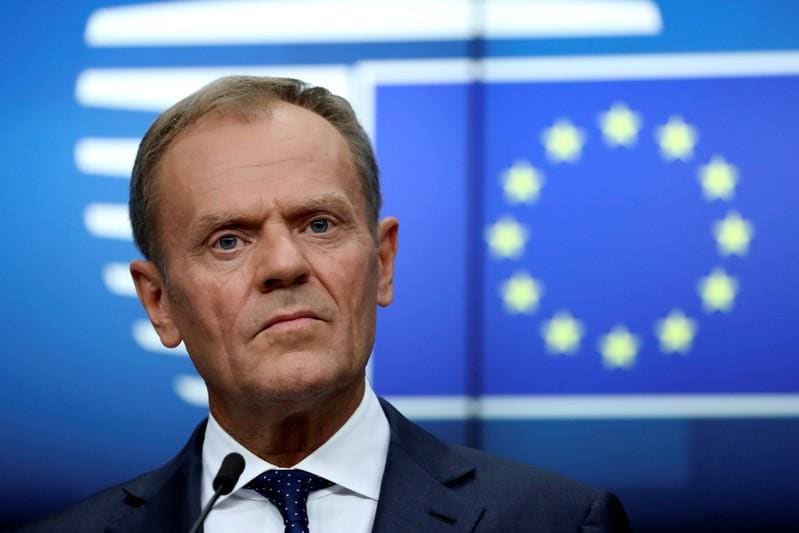 Eurosceptic parties gained in the bloc-wide election last week, but less than expected and pro-EU liberal and green parties have also gained at the expense of the fragmenting centre, according to the latest preliminary results.

Pro-EU parties will still have a majority in the new EU assembly and the bloc told London on Tuesday it would not renegotiate the UK withdrawal agreement that the outgoing Prime Minister Theresa May had agreed with the EU but then failed to ratify at home.

"I have no doubt that one of the reasons why people on the continent voted for a pro-European majority is also Brexit," Tusk told a news conference after chairing a summit of all 28 EU leaders to pick five names for the bloc's top jobs that are up for grabs after the bloc-wide election.

"As European see what Brexit means in practice, they also draw conclusions. Brexit has been a vaccine against anti-EU propaganda and fake news."

Britain's political crisis and social divisions around Brexit have only deepened since Britons voted to leave the EU nearly three years ago.

How, when and even whether Britain would leave the bloc is uncertain, a political conundrum that has eclipsed May, who is due step down next month. A new Conservative prime minister might want a much more decisive break with the EU.